The Duke and Duchess of Sussex were on a three-day visit to a school in the town of Asni to support girls' education when they were congratulated on their pregnancy.

Prince Harry asks Meghan Markle if their royal baby is HIS (Photo: Twitter)

In case you didn’t know the spirited side of Prince Harry, this short anecdote with wifey and duchess Meghan Markle will enlighten you. During their royal trip in Morocco last week, the prince like most expecting fathers in all their excitement decided to pull a prank on Meghan and their baby. The Duke and Duchess of Sussex were on a three-day visit to a school in the town of Asni to support girls' education when they were congratulated on their pregnancy.

A captured BBC footage showed that the love birds and expecting parents will be seeing a lot of fun and pranks for their royal baby. In the footage, Harry can be seen taking dad jokes to a racy new level as he asks Meghan Markle if he is the father of the couple's upcoming baby.

The funny footage captured by the BBC showed a funny banter exchange between the couple. Harry can be seen feigning shock as he asks Meghan, "What? You're pregnant?" 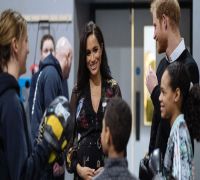 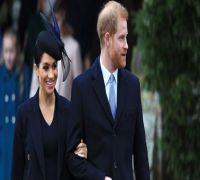 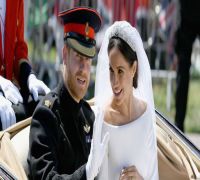 Meghan Markle is PREGNANT: Royal baby due in Spring

The Duchess, like the good sport she always has been playing along with his game and replies back "Surprise!" as she and other members of the charity, Education for All, laughed along. But Harry wasn't done. He followed up with, "Is it mine?" which drew more laughter from Markle.

The couple, who married May last year are expecting their first child this spring.