Hina Khan recently shared a few stunning pictures from an event. She rocked the blue and white pantsuit look.

Hina Khan surely knows how to slay in any outfit. She has always managed to grab the limelight for her aesthetic fashion choices and style statements. The gorgeous actress recently shared a few stunning pictures from an event. She rocked the blue and white pantsuit look that reminded us of Deepika Padukone’s Cannes 2019 look.

Deepika stepped out in the blue and white number during Cannes. While she was seen in a darker shade, Hina opted for a lighter shade. Both the actresses chose pointed pumps. Hina wore yellow pumps and Deepika wore bright orange pump.

I vibe different.. Thank you so much @renaultindia for having me and giving me the privilege to announce the very first set of deliveries of Renault Triber in Mumbai.. ðŸ“¸: @rishabhkphotography ðŸ’‡‍â™€ï¸ÂÂÂ @sayedsaba

Hina too, had taken the Cannes red carpet by storm and stunned all with her fashion outings this year. The actress caught everyone's attention with her stunning appearances. When asked about her red-carpet debut at the 72nd edition of the Cannes Film Festival in May, the Yeh Rishta Kya Kehlata Hai star had said she is overwhelmed with the response she received from both the fans and the industry. "I want to thank the Indian media from the bottom of my heart and cannot forget how they supported me throughout the time," media quoted Hina as saying.

Ever since she wrapped up Kasautii Zindagii Kay, Hina Khan has been busy shooting for her film projects. She has been roped in as the lead for Vikram Bhatt’s next. Titled Hacked, the film was all set to roll in the month of March or April but got pushed due to reasons best known to the makers. She has bagged the role opposite actor Rohan Shah, who is known for his roles in television shows The Serial and Itna Karo Naa Mujhe Pyaar and also played the teenage Kaal in Krrish 3.

Bollywoodlife earlier reported that Rohan will be seen playing an 18-year-old teenager who will fall in love with Hina’s character who will be a fashion magazine editor. Rohan confirmed the development to the website and told them, ''I'm really excited to play this character. I have never played such a role or seen such an intense character on screen in a long time. My character is primarily the reason behind all the twists in the film, so it's like a dream come true for an actor." 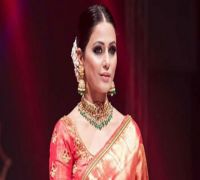 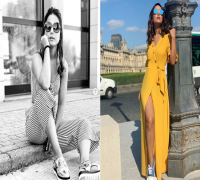 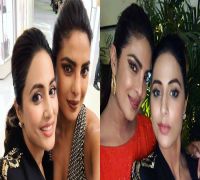