Reminding her fans not to try this, Disha captioned her video as 'This is how not to do a front flip.' 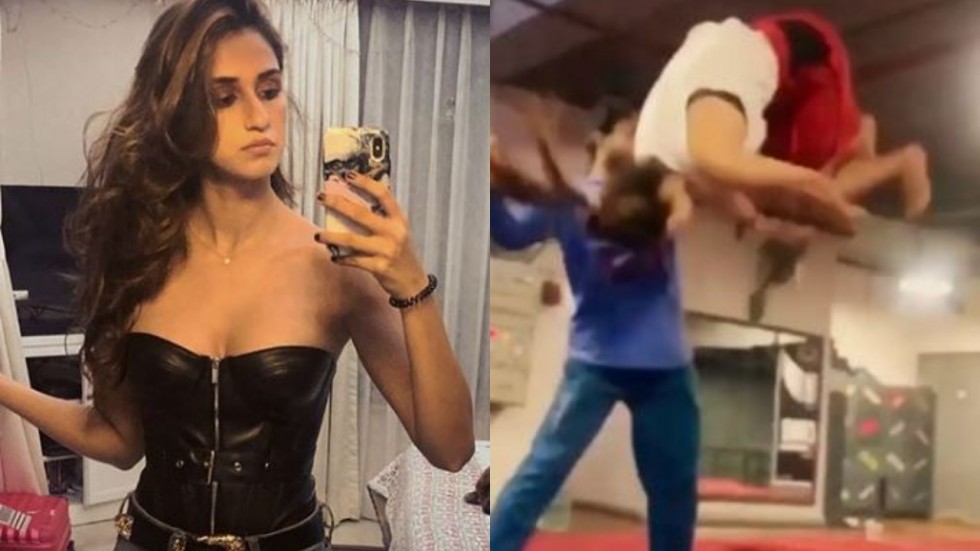 Disha Patani has time and again stunned us with her intense workout videos, backflip or somersault on loop and has given her body doubles as miss to exhibit high octane stunts themselves, even when it comes at the host of suffering an injury. Recently the ‘Malang’ actress shared a video of doing a 'front flip' but with a broken knee.

Reminding her fans not to try this, Disha captioned her video as 'This is how not to do a front flip.',She also revealed that she is attempting the stunt with a broken knee. The actress was rehearsing a dance number for her upcoming film with Aditya Roy Kapur. Disha's rumoured boyfriend Tiger Shroff "liked" the video.

This is not the first time Disha got hurt during shoot. In a chat with Mid-Day, Disha revealed that once she was injured while training on concrete floors and had sustained a hit to her head. This resulted in memory loss for 6 months. Yes, the Bharat star opened about the same and mentioned that she lost out on time in those months.

Disha said, “I lost six months of my life because I couldn't remember anything.” But when it came to doing gymnastics or MMA, Disha’s approach never changed. She mentioned that breaking bones is a part of the process. Bharat star mentioned, “When I am not shooting, I alternate between practising gymnastics and MMA in the week. MMA is relatively easier. But for gymnastics, you have to be both, consistent and brave. It has taken me a while to reach where I am. You have to do it every day. Only when you break your bones and knees do you reach somewhere.”

Malang trailer is out and from the first look it seems Disha’s role in the film that apparently looks like that of a party animal is a mystery and that will be gradually unveil. Disha will perform a lot of aquatic sports in the movie that was shot in Goa, Mauritus and Mumbai.