Men are more likely to suffer from gastrointestinal cancers from drinking alcohol, whereas, for women, the risk of breast cancer was the highest.

Drinking a bottle wine is equivalent to smoking 10 cigarettes: Study

If you think, wine is the solution to ageing and dull skin, having it in a while is not as bad as other intoxicating things, take a step bad and read this.

A new study has revealed drinking wine increases cancer as smoking cigarettes do. One bottle of wine a week impacts health the same way as smoking five to 10 cigarettes causes in the same period, five for men and 10 for women.

The study was done by the researchers at University Hospital Southampton NHS Foundation Trust, Bangor University and the University of Southampton, further found that 10 in 1,000 men would develop cancer at some point in their lives from drinking one bottle of wine per week. For women, this number was 14 out of 1,000, according to the study.

This is the first time that a study estimates the ‘cigarette equivalent’ of alcohol, with regard to cancer risk.

As per the findings, men were more likely to suffer from gastrointestinal cancers from drinking alcohol, whereas, for women, the risk of breast cancer was the highest. The risk was found to be much higher in both men and women who drink three bottles of wine per week.

“Our estimation of a cigarette equivalent for alcohol provides a useful measure for communicating possible cancer risks that exploits successful historical messaging on smoking,” lead study author Dr Theresa Hydes, of the Department of Gastroenterology and Hepatology at the University Hospital Southampton NHS Foundation Trust, said in a statement.

Studies have earlier shown that heavy drinking is linked to an increased risk of certain cancers - such as cancer of the mouth, throat, voice box, gullet, bowel, liver and breast. Yet, the general public considers only smoking to be dangerous and related to causing cancer.

“We hope that by using cigarettes as the comparator we could communicate this message more effectively to help individuals make more informed lifestyle choices,” Dr Hydes added.

For the current work, the researchers used national data available from Cancer Research UK and official statistic bodies used by nations in the UK, including ONS, reported MailOnline. The study authors, however, noted that other conditions such as cardiovascular disease, liver disease, respiratory disease, were not taken into account as this study only assessed cancer risk.

“We must first be absolutely clear that this study is not saying that drinking alcohol in moderation is in any way equivalent to smoking. Smoking kills up to two-thirds of its users, and cancer is just one of the many serious health consequences. This study purely addresses cancer risk in isolation,” the researchers said.

The researchers concluded that even moderate levels of drinking as an important public health issue needs more national awareness. 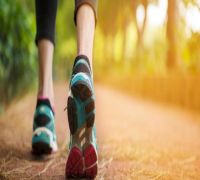 One hour of weekly brisk walk staves off disability: Study 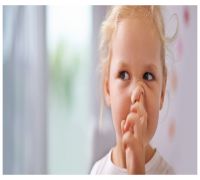 As it happens, eating green gunk or bogeys might actually do your health good 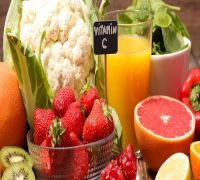