Obsessive Compulsive Disorder (OCD), a condition in which a person gets caught in a cycle of unwanted, intrusive thoughts, or urges, can be treated with an illusion involving a rubber hand, according to a new study. 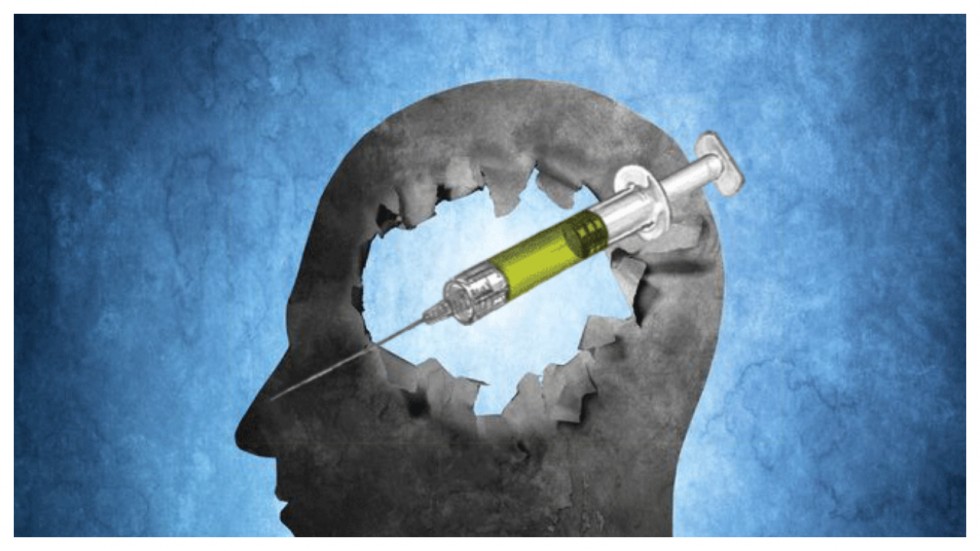 Obsessive Compulsive Disorder (OCD), a condition in which a person gets caught in a cycle of unwanted, intrusive thoughts, or urges, can be treated with an illusion involving a rubber hand, according to a new study. One of the most common forms of OCD, which affects about one in 50 people around the world, is characterised by severe contamination fears -- even from touching something as commonplace as a door knob -- leading to excessive washing behaviour, the study, published in the journal Frontiers in Human Neuroscience noted.

According to the researchers, including eminent neuroscientist VS Ramachandran from the University of California, San Diego in the US, OCD is currently treated using a combination of medication like Prozac, and a form of behavioural therapy termed 'exposure and response prevention'.

In the exposure therapy, OCD patients are instructed to touch contaminated surfaces, such as a toilet, but asked to refrain from washing their hands after that.

For many patients this experience can be so stressful that they cannot take part in the intervention.

"OCD can be an extremely debilitating condition for many people, but the treatments are not always straightforward. In fact, exposure therapy can be very stressful and so is not always effective or even feasible for many patients," explained Baland Jalal, study co-author and a neuroscientist from the University of Cambridge in the UK.

So instead of asking patients to contaminate their own hands, the researchers tried to help them overcome their fears by contaminating a fake hand instead -- a procedure they called 'multisensory stimulation therapy'.

This technique, according to the researchers, builds on a trick called the 'rubber hand illusion' in which an individual places both hands on a table in front of them, with each hand on either side of a partition such that they cannot see their right hand, and in its place they see a fake right hand made of rubber.

The experimenter then strokes both the fake hand and the hidden right hand using a paintbrush for a few minutes, after which the individual reports 'feeling' touch arising from the fake hand as though it was their own.

In the current study, the researchers recruited 29 OCD patients from an intensive residential treatment programme affiliated with Harvard Medical School in the US.

The study noted that 16 of the 29 patients had both their hidden and dummy hands stroked at the same time, while the remaining 13 patients, who were the control group, had their hands stroked out of synch.

After five minutes of stroking, the participants were asked to rate how much the rubber hand felt like their own.

To simulate the effect of contamination, the researchers used a tissue to smear fake faeces on the rubber hand, while they also dabbed a damp paper towel on the participant's real right hand.

They then asked the participants to rate their disgust, anxiety, and handwashing urge levels, as the scientists rated their facial expression of disgust.

The findings revealed that patients in both the experimental and control groups felt an equally strong rubber hand illusion.

This means that even when their real and fake hands were being stroked asynchronously, the participants had still begun to sense the fake hand as their own, the study noted.

Patients in both groups initially reported similar levels of contamination, the researchers said.

After this, the participants again provided contamination ratings and the experimenter rated their facial expression.

In this second case, the patients in the experimental condition were more disgusted.

The neuroscientists said 65 per cent of the participants in the experimental condition had a disgust facial expression compared to 35 per cent in the control.

This finding adds strength to previous studies which showed that the rubber hand illusion becomes stronger the longer the hand is stroked.

"This meant that after ten minutes, the reaction to contamination was more extreme. Although this was the point our experiment ended, research has shown that continued exposure leads to a decline in contamination feelings - which is the basis of traditional exposure therapy," he added.

However, Jalal said clinical trials on a larger scale is needed to compare this technique to existing treatments.

"These results are compelling but not conclusive. We need larger samples and to iron out some methodological wrinkles," Ramachandran added.