Janhvi Kapoor’s Classic Channel Bag Is Insanely Expensive, Can You Guess The Price?

Janhvi Kapoor, who made her Bollywood debut with Karan Johar’s Dhadak, has become a style icon for many. 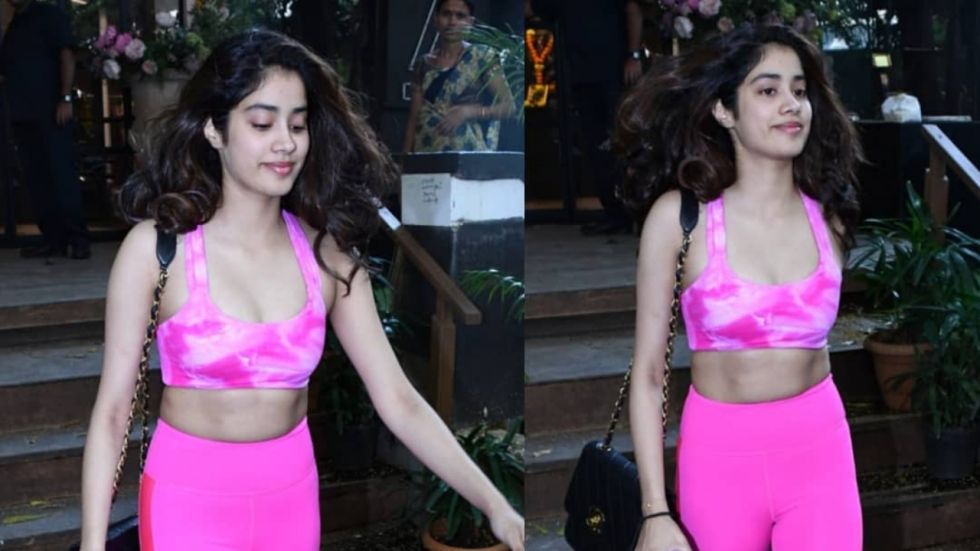 Janhvi Kapoor, who made her Bollywood debut with Karan Johar’s Dhadak, has become a style icon for many. Be it an airport look or a traditional look, her sartorial choices never fail to leave us impressed. Recently, the gorgeous actress was spotted in a hot pink sports bra and leggings and we just can’t stop crushing over her. She teamed the gym outfit with a Chanel bag and a pair of flip-flops.

Janvhi's Chanel bag comes with a price tag of Rs. 681,000. and it is certainly not everyone's cup of tea.

Check out the pictures below:

On Anaita Shroff Adajania’s chat show, Janhvi was asked about being targetted by trolls for repeating her clothes. To this, she had replied, ''Itna bhi paisa nahi kamaya ki har roz naye kapde! (I haven’t earned so much money that I can wear a new dress everyday).'' Janhvi added that she is not affected by trolls who try to find fault in her clothes. "You can't please everyone. Especially with this. I guess you would take their criticism seriously if it was to do with your work and then work on that. But how I look outside the gym isn't really my job," she had said.

Janhvi Kapoor is currently busy shooting for her next, a biopic of IAF pilot Gunjan Saxena, titled Kargil Girl. Angad Bedi will be seen as Gunjan's brother Anshuman Saxena, while Pankaj Tripathi will play their father. Kargil Girl is being helmed by debutant director Sharan Sharma and is being produced by Dharma Productions.

The actress will be also seen in Takht where she will be a part of an ensemble cast including Ranveer Singh, Vicky Kaushal, Kareena Kapoor Khan, Alia Bhatt, Bhumi Pednekar and Anil Kapoor.

She will also be seen starring alongside Kartik Aaryan in Dostana 2. Not just this, Janhvi has also collaborated with her father for the first time for a coming-of-age story about a rebellious teenager titled, Bombay Girl.