Madonna’s secret to quickly healing bruises involves waking up at 3 am for an ice bath and sipping on her urine! 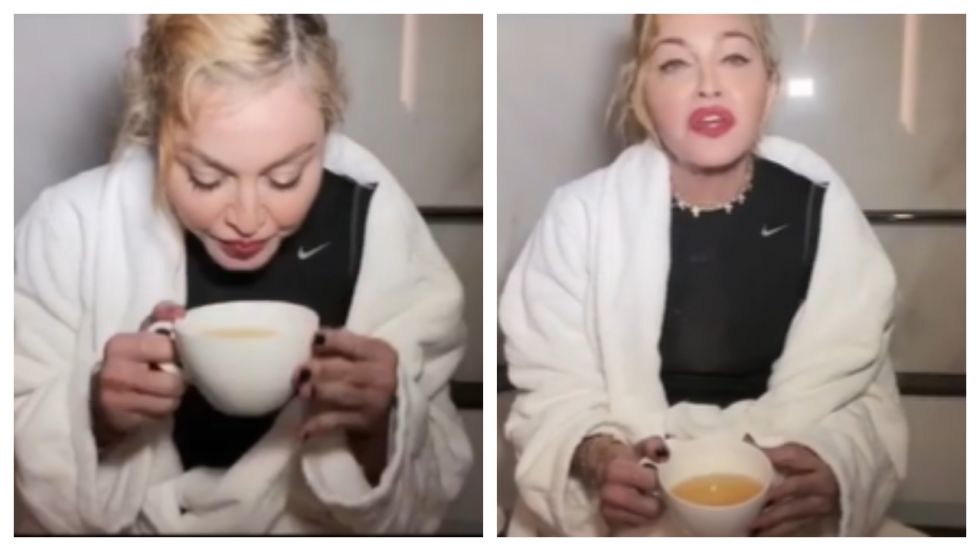 Madonna’s secret to quickly healing bruises involves waking up at 3 am for an ice bath and sipping on her urine! The 61-year-old star who is currently on her Madame X tour released a video of her ritual on Instagram that even made her performer Ahlamalik Williams say ‘much, much respect’. The video shows her in Nike Sports top and hotpants with rubber socks as he sank her leg to the tub of ice to possibly heal her bruised forearm and leg. ‘’Shall we start an ICE bath challenge?? 41 degrees Best treatment for injuries!!’’ her caption reads.

After being in the ice cubes for more she pulled off her rubber socks to show the end result telling Ahlamalik, 'That’s so you know how cold it is’.

The video then unfolds to the ‘Like a Virgin’ singer drinking her own urine from a coffee cup as she says 'It's really good to drink urine after you’ve got out of the frozen bath.' Madonna has, in fact, not shied away from urine for healing purposes even in the past. She had previously also admitted to peeing in her own feet to ward of athletes foot in the past.