Scientists have composed new music on the Indian snake charmer's flute that can help boost brain development of premature infants in intensive care.

Scientists have composed new music on the Indian snake charmer's flute that can help boost brain development of premature infants in intensive care.

To help the brains of these fragile newborns develop as well as possible despite the stressful environment of intensive care, researchers at the University of Geneva (UNIGE) and the University Hospitals of Geneva (HUG) in Switzerland created music written especially for them.  The research, published in the Proceedings of the National Academy of Sciences (PNAS) in the US, shows that the neural networks of premature infants who have listened to this music, and in particular a network involved in many sensory and cognitive functions, are developing much better.

"At birth, these babies' brains are still immature. Brain development must therefore continue in the intensive care unit, in an incubator, under very different conditions than if they were still in their mother's womb," said Petra Huppi, a professor at the UNIGE, who directed this work.

"Brain immaturity, combined with a disturbing sensory environment, explains why neural networks do not develop normally," Huppi said. The researchers hypothesised that since the neural deficits of premature babies are due, at least in part, to unexpected and stressful stimuli as well as to a lack of stimuli adapted to their condition, their environment should be enriched by introducing pleasant and structuring stimuli. As the hearing system is functional early on, music appeared to be a good candidate, researchers said.

"Luckily, we met the composer Andreas Vollenweider, who had already conducted musical projects with fragile populations and who showed great interest in creating music suitable for premature children," said Huppi. "We wanted to structure the day with pleasant stimuli at appropriate times: a music to accompany their awakening, a music to accompany their falling asleep, and a music to interact during the awakening phases," said Lara Lordier, a researcher at the HUG and UNIGE, unfolds the musical creation process.

To choose instruments suitable for these very young patients, Andreas Vollenweider played many kinds of instruments to the babies, in the presence of a nurse specialised in developmental support care. "The instrument that generated the most reactions was the Indian snake charmers' flute (the punji)," said Lordier. "Very agitated children calmed down almost instantly, their attention was drawn to the music," she said.

"The most affected network is the salience network which detects information and evaluates its relevance at a specific time, and then makes the link with the other brain networks that must act," said Lordier. "This network is essential, both for learning and performing cognitive tasks as well as in social relationships or emotional management," she said. The first children enrolled in the project are now 6 years old, at which age cognitive problems begin to be detectable.

Scientists will now meet again their young patients to conduct a full cognitive and socio-emotional assessment and observe whether the positive outcomes measured in their first weeks of life have been sustained. 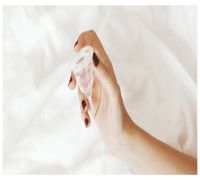 World Menstrual Hygiene Day 2019: Why it is time to ditch tampons, pads and switch to menstrual cup instead 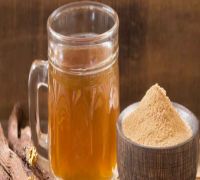 Licorice tea may have harmful side effects: Study 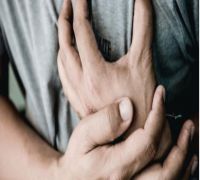