Researchers have found a new drug combination for an aggressive form of breast cancer that can not only kill the tumour cells, but also counter any potential resistance to treatment.

Researchers have found a new drug combination for an aggressive form of breast cancer that can not only kill the tumour cells, but also counter any potential resistance to treatment. The researchers, including those from the University of Notre Dame in the US, developed a drug that could shrink tumours in the aggressive HER2-positive breast cancer.

Using a new method to profile individual cells, the researchers predicted how the cancer would resist drug treatment, and developed a combination approach that would not only shrink the tumour, but also tackle resistance to treatment.

The drug called a CDK 4/6 inhibitor blocked a specific type of enzyme linked to the development of the breast cancer. However, like most drugs, the tumour evolved and became resistant to the treatment, as the drug's effect were just starting to kick in, the researchers said.

"By the time we find a new drug, the tumour has shifted into something different," said co-author Siyuan Zhang from Notre Dame. In the study, published in the journal Nature Communications, the researchers discovered a type of cells in the immune system that were capable of infiltrating tumours and causing them to become resistant to treatment.

The researchers tried to look at patterns by which genes in the tumor cells were expressed but until now, according to the study, the process was performed on whole tumour tissues in a bulk sequencing method.

However, in laboratory scenarios where cancer cells under study are embedded in a matrix of other cells, it is difficult to distinguish the true signatures of individual cells, the researchers said. So they developed a new technique to profile single-cells.

"The new technology allows us to do sequencing on each individual cell," Zhang said. Zhang and his team ran tests in tandem with the clinical trial for the CDK 4/6 drug, and using the single-cell profiling technology they discovered a type of tumour-infiltrating cells that contributed to treatment resistance.

When they added another already-FDA-approved drug to target the tumour-infiltrating cells, the combination could counter the resistance. "The new combination of drugs shows that the resistant tumour can be treated, and can maintain and control the tumour size for a pretty long period of time," Zhang said.

The researchers said that the effectiveness of the additional drug allowed clinicians to begin the combination therapy even before resistance occurs. 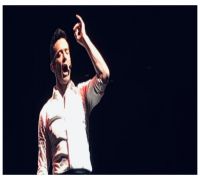 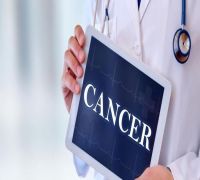