A couple got married in the Philippines on Sunday but what grabbed the attention was a volcano that erupted behind them. 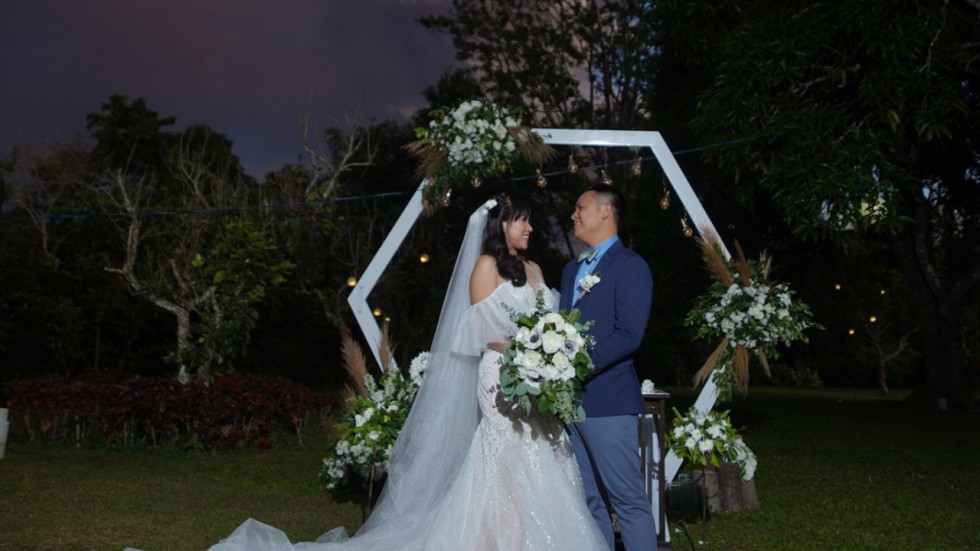 A couple got married in the Philippines on Sunday but what grabbed the attention was a volcano that erupted behind them. China Vaflor and Kat Bautista Palomar were married only 10 kilometers away from the Taal Volcano, which erupted that afternoon.

According to CNN, photographer Randolf Evan captured the stunning shots of the couple along with the clouds of ash and smoke that swirled in the distance behind them.

China and Kat decided to go ahead with the wedding despite the volcano eruption that forced the eviction of thousands. "We were actually nervous because while working we kept on checking social media for updates on the volcanic eruption. So we were actually aware of the warnings and escalating levels that was being announced real time," Evan told CNN.

"We also discussed discreetly among ourselves what we should do when worst comes to worst."

The pics left many impressed. "Photos seen here in France too. Congratulations!" wrote one commenter. "Spectacular photos!" said another.

Meanwhile, authorities are struggling to keep evacuees, some 50,000 of whom fled to shelters after Taal burst, away from the danger zone around the volcano.