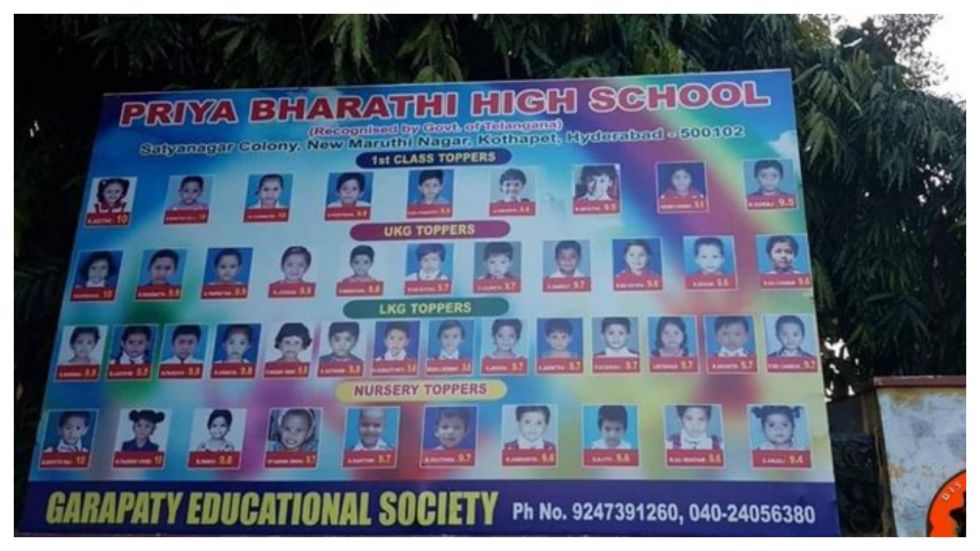 Image of the billboard

In this competitive world where good marks in the examination matter the most, for which, on many occasions we oversee the interest of a child and force them to do things which give them zero happiness. To prove how intelligent they are, the students compete for the top three positions every year. A child is being force to imbibe a sense of competition from a very early age.

Recently, this school in Hyderabad took things very seriously and put up a billboard of toppers in nursery, LKG, UKG and first class. Twitter user, Krrissh Yadhu shared the image of the billboard with the caption ‘Nursery toppers! For what? Who's drinking milk fast?’

Here are some of the reactions:

I never understood this nursery ,ukg,lkg concept. My father directly admitted me in class 1, skipping all these bullshit & I am going to do the same wid my kids,if I hv ever any.

This is toxic for kids .