VIDEO: Man Casually Walks In And Devours $175k Banana Tapped To Wall As An ‘Art’ 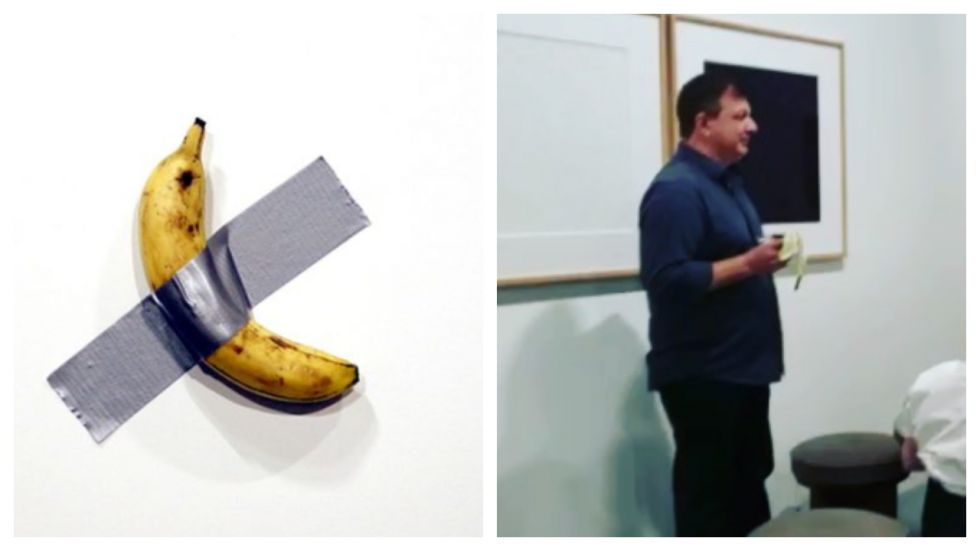 An art by Maurizio Cattelan that showed a banana tapped to a wall and was priced at a jaw-dropping $175k certainly did not awe everyone. At around 1.45pm local time on Sunday a man by the name of David Datuna made clear about his ‘feelings’ for the art by plucking it off and devouring it much to the shock of many.

"I really love this installation. It's very delicious," David Datuna wrote on Instagram, alongside a video showing the aftermath of his stunt.

Better than a regular banana?

“Of course,” he said, noting with a wink, “I can eat the banana and the concept of the banana – because I am an artist and not a regular human.”

“You’re not supposed to touch the art!” one shocked female onlooker shouted at Datuna who was then still relishing what could be the most expensive banana ever.

Cattelan’s absurdist banana is among the most talked about pieces at the annual art fair and was priced at a $175k.

"Fifty-percent of people say don't do this it's crazy. Another 50-percent say do it it's genius," he said. "So you know it's absolutely what art about. Art is about the question mark’’ he further explained for his act.

Security later sscorted Datuna from the gallery, which says it will not press charges against him.

The gallery has replaced the banana with another one and there are now security guards keeping watch on it.