The event was held in Sydney’s Town Hall in Australia by vegans to demonstrate the grisly scenes of animal slaughter. 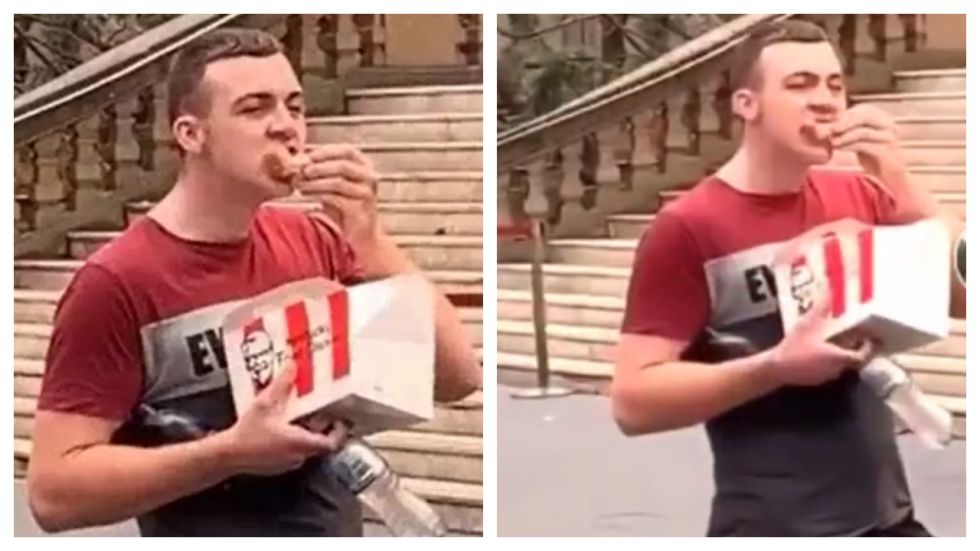 And..the rivalry between vegans and meat-eaters continue! An anonymous man was captured feasting on KFC chicken to spite vegan protestors who were demonstrating outside Sydney’s Town Hall in Australia. Clearly trolling the vegans, the clip that was shared on TikTok by KenJake Lamar shows the man munching on a cardboard container of KFC’s signature 11 herbs and spices recipe.

Racking up more than 2 million views, his act garnered some mixed response with some meat-lovers commenting “not all heroes wear capes some eat KFC”, some were however not amused with his act, writing, “I’m not a vegetarian or anything but like you’re just being childish,” says one critic. “Am I the only one who doesn’t find this funny?” adds another.

The event was held by vegans to demonstrate the grisly scenes of animal slaughter. The Facebook event for the group, hosted by Animal Rights Activism Sydney reads: "The Cube of Truth is a peaceful static demonstration aimed at revealing the realities of Australian animal agriculture and facilitating engagement with the public through vegan outreach."