While viral video shows two pigeons in their bright, red cowboy hat, residents worry there might be more pigeons in the same outfit out there. 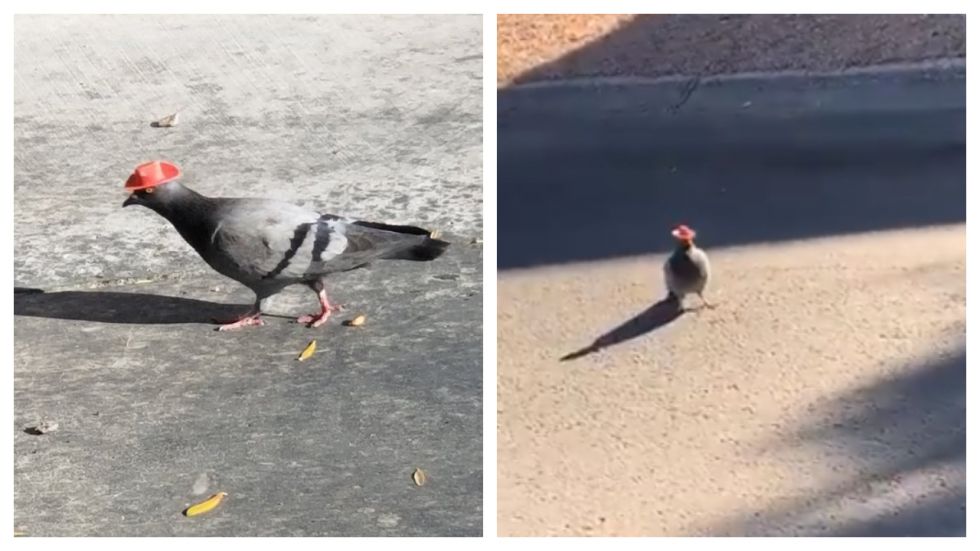 A pigeon duo wearing tiny cowboy hats have been spotted in Las Vegas prompting a lot of questions among citizens. While viral video shows two pigeons in their bright, red cowboy hat, residents worry there might be more pigeons in the same outfit out there. No-one has got to the bottom of exactly how the birds got the hats, but animal welfare campaigner said it looked like the tiny accessories were glued to the poor birds.

“When we saw them today, you could see some loose feathers in the glue around the hat,” said Mariah Hillman, co-founder of pigeon rescue group Lofty Hopes. It’s definitely a concern.”

The birds have become their own social media sensation, with Las Vegas residents looking out for the duo hatter.

"I finally found one," Kassandra Flores tweeted with video of the hatted creature.

Other rumour also suggest that a third bird in a brown hat has been spotted but Hillman said her group hasn't been able to confirm it.