This McDonald's Burger Bought In 1999 Still Looks Fresh And We Are Speechless!

A man, identified as David Whipple, claims that a fresh looking McDonald's hamburger was bought by him in 1999. 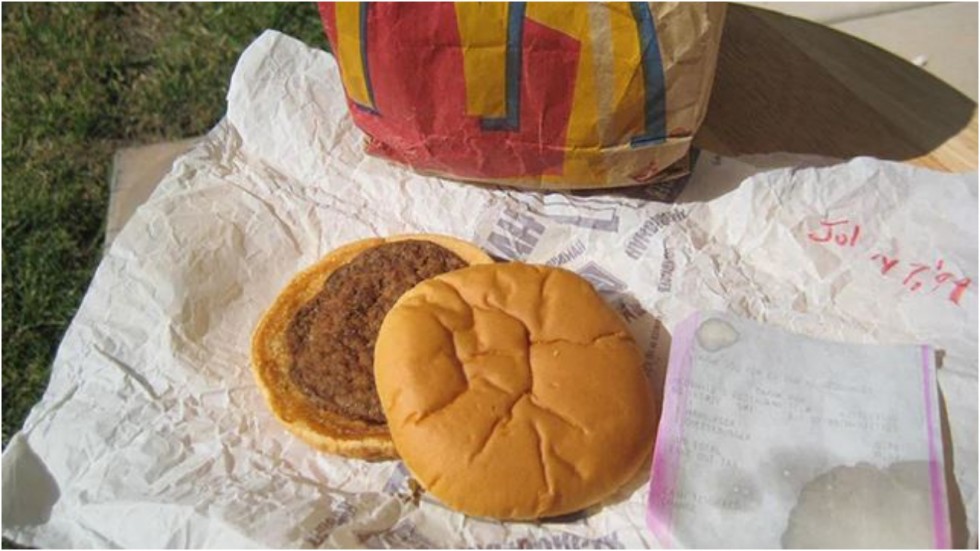 A man, identified as David Whipple, claims that a fresh looking McDonald's hamburger was bought by him in 1999. He bought the burger exactly 20-years-ago from a Logan (Utah) outlet to use it for an experiment about enzymes. Mr Whipple said that the burget got stuck in a coat pocket. The coat was then thrown to the back of his van and subsequently reached his closet in Logan.

"We moved from Logan to St. George, Utah, and it stayed there for a couple of years and I think my wife was giving the coat away or something and found it," he said. Despite so many years, the burger looks freshly prepared. The burger was first noticed in 2013 and the story about it went viral. Then, it was locked in a tin until recently, Fox News reported.

A few months back, a smiliar incident happened when two men from Australia claimed that the burger they bought in 1995 has still not decomposed. The two men, Casey Dean and Eduards Nits, said the burger has shrunk a little from its original size but its shape remains the same. Even after 24 years, the burger does not smell and there are no signs of mould. "Being teenagers we ordered a truckload of food, and it was just way too much. It started a chain of events where we were joking 'imagine if we kept this forever', and here we are. Even the sesame seeds are still on there, just a few have been knocked off,'' Dean had told AFP.

Dean and Nits had further said that their relationship with the burger will complete 25 years in November 2020 and they are considering taking it back to McDonald’s outlet to see if any staff member recognises it.

(With inputs from ANI)