NASA shares animated video that maps over 4,000 exoplanets in space. First exoplanet was discovered in 1992, with the help of the recently retired Kepler Space Telescope.

We often hear that like Earth, there are many planets in the Galaxy which support life. We have also heard that aliens do exist. Should we believe this? It may sound crazy, but there are more than 4,000 exoplanets that exist outside our solar system.

It is to be noted that the first exoplanet was discovered in 1992, with the help of the recently retired Kepler Space Telescope. Since then, the astronomers have discovered hundreds of exoplanets. Interestingly, in June 2019, the 4,000th exoplanet was confirmed.

The National Aeronautics and Space Administration (NASA) has shared a spectacular video that shows at least 4003 exoplanets in chronological order, starting from the first confirmed exoplanet detection in 1992. From 1992 to 2019, you can spot each exoplanet discovery and see the total number of exoplanets discovered by that year in very easy format.

In the video, you can see the entire sky compressed with the Milky Way Galaxy’s central band making a giant ‘U’ shape across it. From there, the exoplanets are colour-coded around this landscape with light music as a background soundtrack.

We've discovered thousands of planets beyond our solar system (exoplanets!). What have we found so far?

They're weird, wonderful and we love🖤 all 4,009 of them! pic.twitter.com/7v4OejlCpz

Importantly, spotting 4,000th exoplanet is a massive leap for the astronomers.

It is worth mentioning here that the Kepler Space Telescope has spotted roughly half of these exoplanets, while the new TESS Mission aims to find more exoplanets in space. By studying exoplanets, the astronomers can better understand how the Earth and the solar system developed years ago. Kepler went to sleep permanently in 2018.

On the other hand, the Transiting Exoplanet Survey Satellite (TESS) has already found over 700 new planet candidates in its first year. Next up, the European Characterizing Exoplanets Satellite (CHEOPS) is set to launch by the end of the year and NASA's James Webb Space Telescope is set to blast off in 2021. 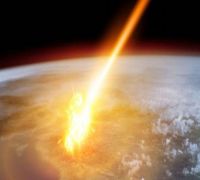 Asteroid NN3 to pass extremely close to Earth TODAY, all you need to know 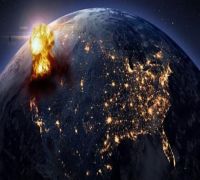 Alert! Asteroid 2019 MT2 approaching towards Earth TODAY, may hit us 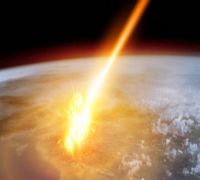 Gigantic asteroid ‘2016 NO56’ may come dangerously close to Earth TODAY