A pair of supergiant asteroids (space rocks) dubbed as 1998 FF14 and 2019 SW1 zip past the Earth on Tuesday. Earth had a very close encounter with two ‘potentially hazardous’ asteroids and our planet narrowly escaped the collision.

A pair of deadly asteroids (space rocks) dubbed as 1998 FF14 and 2019 SW1 zip past the Earth on Tuesday. Yes, you read it right. Earth had a very close encounter with two massive asteroids and our planet narrowly escaped the collision. If these two asteroids would have hit the Earth, massive casualties would have occurred. Luckily, they failed. It is to be noted that asteroids are small, rocky objects that orbit the Sun. Although asteroids orbit the Sun like planets, they are much smaller than planets. The celestial bodies can bring tsunamis, shock waves and flattening winds that could be catastrophic. The space rocks approach towards the Earth due to the gravitational forces that affect them. It is said that one day, all life on Earth will extinct and an asteroid could be the possible reason. Shocked to hear that? However, a car-sized asteroid slams into the Earth's atmosphere about once in a year. On the other hand, an asteroid large enough to threaten the existence of life on Earth arrives once in every few million years.

Also Read: In Pics: 4 Supergiant Asteroids That May Hit Earth In Near Future

On the other hand, the second asteroid that had zoom past the Earth on Tuesday was identified as 2019 SW1. The asteroid had approached Earth at a speed of 28,300 miles per hour. It had an estimated diameter of 69 feet. Fortunately, the space rock failed to collide with our planet. 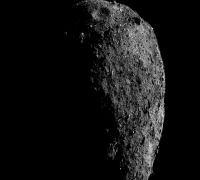 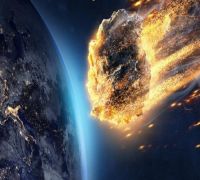 Asteroid Alert: Two Giant Space Rocks To Approach Earth Today At This Time, May Collide With Our Planet 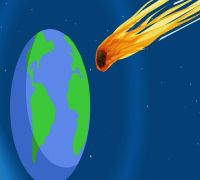