Asteroid Apophis: Lesser Known Facts Of Deadliest Space Rock That May Hit Earth on THIS Date

Asteroid dubbed as Apophis 99942, if hits, will release 1,600 megatonnes of energy and yes this can bring huge loss to the humans. News Nation brings to you the lesser known facts of Asteroid Apophis.

Recently, many deadly asteroids including 2019 OK, 2019 OD, 2015 HM10, 2019 OE, 2019 NN3, 2019 MB4, 2019 MT2, 2006 QV89, 2016 NO56M, RF12 and others approached towards the Earth, fortunately did not hit our planet. Importantly, an asteroid (space rock) can bring tsunamis, shock waves and flattening winds that could be catastrophic. The space rocks approach towards the Earth due to the gravitational forces that affect them. It is said that one day all life on the Earth will be extinct. Not only life, but the Earth will also extinct someday and an asteroid could be the possible reason. Shocked to hear that? Well, in the near future many space rocks will be hovering all around the Earth. Over 7 lakh asteroids have been found in space. A car-sized asteroid slams into the Earth's atmosphere about once in a year. On the other hand, an asteroid large enough to threaten the existence of life on Earth arrives once in every few million years. Asteroid dubbed as Apophis 99942, if hits, will release 1,600 megatonnes of energy and yes this can bring huge loss to the humans.

News Nation brings to you the lesser known facts of Asteroid Apophis:

• If hits, Asteroid Apophis may trigger the biggest earthquake ever recorded on the planet and of course, the space rock will kill thousands of people.

• However, the chances of asteroid Apophis hitting the Earth on April 13, 2029 is almost NIL.

• According to the NASA, asteroid Apophis will to return to the Earth’s vicinity 7 years later on April 13, 2036.

• The supergiant space rock will likely not hit Earth in the year 2036.

• If asteroid Apophis hits Earth, it would land somewhere in the eastern hemisphere and release 1,600 megatonnes of energy.

• If compared, the Krakatau volcano eruption in 1883, which caused destruction to 70 percent of the island and its surrounding archipelago as it collapsed, released only 200 megatonnes.

Also Read: In Pics: 9 Deadly Asteroids To Approach Towards Earth This Year, May Hit Us 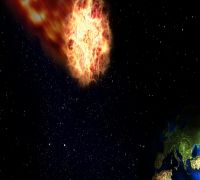 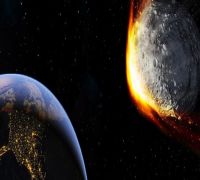 Asteroid As Big As Burj Khalifa Approaching Towards Earth At Speed Of 23,112 KPH