Sri Jagannth Temple Administration has that the devotees can not have darshan of the deities during the solar eclipse time as special puja would be held inside the temple. 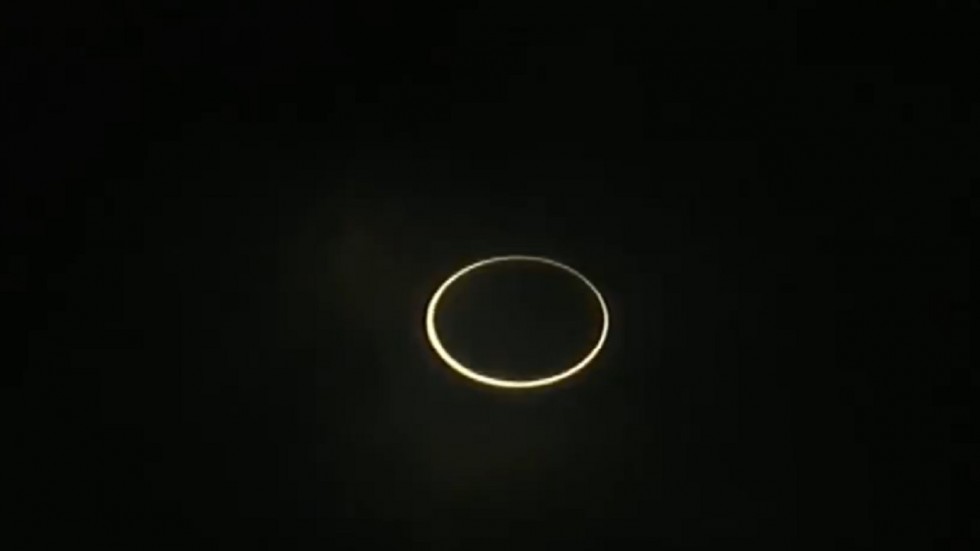 The Odisha government on Tuesday announced December 26 as holiday in all state government offices, courts, schools and colleges due to the solar eclipse. (Photo Credit : Twitter )

The solar eclipse taking over the skies began on Thursday morning. During the eclipse, in a rare view, the Sun will appear as a ‘Ring of fire’ for a brief moment. The eclipse will commence at 8:00 am. From its western edge, the disc of the Moon will creep over the Sun. The maximum eclipse will be around 9.30 am and the phenomenon will conclude around 11:16 am. The Odisha government on Tuesday announced December 26 as holiday in all state government offices, courts, schools and colleges due to the solar eclipse.

"The government of Odisha have been pleased to declare that the state government offices as well as revenue and magisterial courts (executive) will remain closed on December 26 (Thursday) on the occasion of Solar Eclipse," a notification issued by the Revene and Disaster Management department said.

Sri Jagannth Temple Administration has also announced that the temple in Puri will remain opened for devotees on December 25 night. However, the devotees cannnot have darshan of the deities during the solar eclipse time as special puja would be held inside the temple.

An annular solar eclipse takes place when the moon’s apparent diameter is smaller than that of the Sun’s and blocks most of the Sun’s light. This causes the Sun to look like a ring (annulus) of fire, Debiprosad Duari, the Director, Research and Academic of MP Birla Institute of Fundamental Research, MP Birla Planetarium, said.

One should not look at the Sun directly for even a little period without proper protection. Even when 99 per cent of the surface of the Sun is covered by the moon during partial eclipse, the remaining light is still intense enough to damage the eye, Duari said.

According to him, the best method to view the solar eclipse will be to use a pinhole camera or a telescopic projection on a suitable surface.