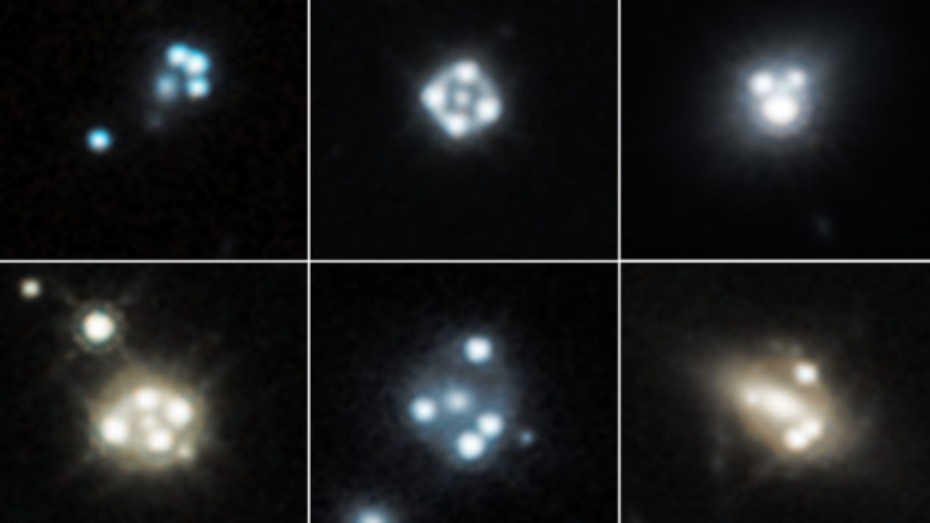 Using NASA’s Hubble Space Telescope and new observation technique, astronomers have recently unearthed the smallest known dark matter clumps. NASA has confirmed that dark matter forms are much smaller clumps than previously known. The US space agency said that the result confirms one of the fundamental predictions of the widely accepted "cold dark matter" theory. According to the theory, all galaxies form and are embedded within clouds of dark matter. It is to be noted that dark matter consists of slow-moving or “cold” particles that come together to form structures ranging from hundreds of thousands of times the mass of the Milky Way galaxy to clumps no more massive than the heft of a commercial airplane.

In a statement, NASA said that the Hubble observations give new insight into dark matter and how it behaves. “Dark matter is an invisible form of matter that makes up the bulk of the universe’s mass and creates a scaffolding that galaxies are built on. Although astronomers cannot see dark matter, they can detect its presence indirectly by measuring how its gravity affects stars and galaxies. Detecting the smallest dark matter formations by looking for embedded stars can be difficult or impossible, because they contain very few stars,” NASA added.

NASA further stated that the Hubble research team used a technique in which they did not need to look for the gravitational influence of stars as tracers of dark matter. The team targeted eight powerful and distant cosmic "streetlights," called quasars (regions around active black holes that emit enormous amounts of light). The astronomers measured how the light emitted by oxygen and neon gas orbiting each of the quasars' black holes is warped by the gravity of a massive foreground galaxy, which is acting as a magnifying lens.

The US space agency also “Using this method, the team uncovered dark matter clumps along the telescope's line of sight to the quasars, as well as in and around the intervening lensing galaxies. The dark matter concentrations detected by Hubble are 1/10,000th to 1/100,000th times the mass of the Milky Way's dark matter halo. Many of these tiny groupings most likely do not contain even small galaxies, and therefore would have been impossible to detect by the traditional method of looking for embedded stars.”

“The team was able to uncover dark matter clumps along the telescope’s line of sight to the quasars as well as in and around the intervening lensing galaxies. The team notes that the eight quasars and galaxies were aligned precisely enough that the warping effect produced four distorted images of each quasar,” it added.

"Dark matter is colder than we knew at smaller scales," said Anna Nierenberg of NASA's Jet Propulsion Laboratory in Pasadena, California, leader of the Hubble survey.

"Astronomers have carried out other observational tests of dark matter theories before, but ours provides the strongest evidence yet for the presence of small clumps of cold dark matter. By combining the latest theoretical predictions, statistical tools and new Hubble observations, we now have a much more robust result than was previously possible," she added.