Kane Williamson smashed his second double ton and this has propelled him to within striking distance of the top spot in Tests among batsmen currently held by Virat Kohli.

Kane Williamson, Virat Kohli, Joe Root and Steve Smith are considered the modern-day greats in the cricketing world. All four batsmen have displayed their skill in all conditions and they have amassed some amazing numbers in the last couple of years. Now, Kane Williamson has the chance to dethrone India cricket team skipper and  become the new number one in Tests following his magnificent performance in the Wellington Test against Bangladesh. Williamson smashed 200, his second double ton in Tests as New Zealand secured a magnificent innings and 52-run win against Bangladesh in Seddon Park, Hamilton to take a 1-0 lead in the three-match series.

It was a record-breaking display for New Zealand and Williamson. The skipper notched up his 20th Test century and also went past 6000 runs in Tests and his double century, along with Jeet Raval (132) and Tom Latham (161) helped New Zealand register 715/6 declared, their highest Test score. Despite spirited resistance from Soumya Sarkar, who scored his maiden century and Mahmudullah, who scored a gutsy 146, Bangladesh still fell short. Kohli currently has 922 points.

Before the Hamilton Test, Williamson was on 897 points and after his double ton, he has reached 915 points and is fractionally behind Kohli. However, Williamson has two more Tests where he has the chance to overtake Kohli and become the leading player in the ICC Test rankings. Williamson is the first New Zealand Test player to score 20 centuries in this format.

Williamson's tally of 915 points is the highest-ever by a New Zealand in ICC player rankings and he is the second Kiwi player to go past 900 points, with Sir Richard Hadlee having secured 909 points during his bowling career. Williamson has the chance to secure the top spot for the second time, having reached the No.1 position in 2015.

With Kohli not playing any more Tests till August, Williamson needs to put in a fine performance to ensure he remains the No.1 ranked player in Tests. New Zealand play two further Tests against Bangladesh, with the second match beginning on March 8 at the basin Reserve in Wellington. The third and final Test will be played at the Hagley Oval in Christchurch on March 16. 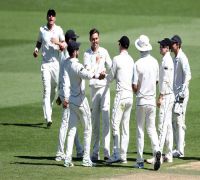 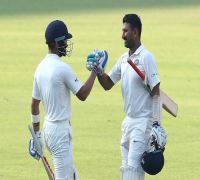 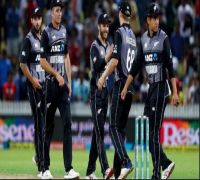