Rishabh Pant, who will play for Delhi Capitals, has sledged MS Dhoni who is the skipper of three-time champions Chennai Super Kings in an epic way

Rishabh Pant has enhanced his reputation greatly in the last couple of months when it comes to his batting and wicketkeeping. In the series against Australia, his batting and his sledging took the cricketing world by storm and he is one of the players who are almost certain of making the big trip to the ICC Cricket World Cup 2019 which will be held in England. Before that, there is the small matter of the Indian Premier League which will be played from March 23. It is no secret that Pant considers MS Dhoni as his ultimate role-model. In the past, Pant said Dhoni had advised him in every step of the way during his career, “Whenever I needed any support from Mahi bhai, I used to ask him. From my IPL contract to my wicket-keeping, he’s advised me on everything. He’s always told me that when it comes to wicket-keeping, your hands and head coordination is important, the body balance can come into play later. That (his advice) has helped me a lot,” Pant had remarked.

However, in a video that was shared by Pant in his official Twitter handle, the Delhi wicketkeeper-batsman has sledged and teased Dhoni in a unique way as part of the build-up to the Indian Premier League. The video shows Pant holding a scrapbook which includes all of Dhoni’s great moments. In the video, he is seen, “Mahi bhai is like a guru to all of us. If it was not for Dhoni, I doubt whether I would have become a wicketkeeper batsman. However, this time, I will sledge his team in such a way that captain cool will not be cool. Mahi bhai tayyar rehna, game dikhane aa raha hoon,” Pant said with a devilish grin. The video ends with Dhoni looking at the video and staring angrily in front of the camera.

The Committee of Administrators (CoA) running Indian cricket on Friday decided not to organise a regular IPL opening ceremony for the year 2019 as the entire budget for the event will be donated to the families of Pulwama attack martyrs, Vinod Rai, the head of the administration said. The decision was taken at a crucial CoA meeting held today to address the spiralling speculation around the June 16 World Cup face-off between India and Pakistan at the Old Trafford in the aftermath of the Pulwama terror attack, which left 42 CRPF personnel dead. 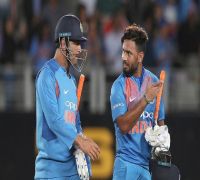 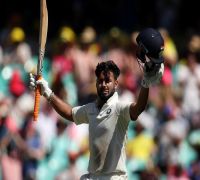 Rishabh Pant’s 'special' love revealed – Know all about it here 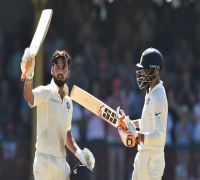 Speaking to the media, Vinod Rai said, "We will not have a regular IPL opening ceremony and the amount of the budget for the opening ceremony will be given to families of the victims of this terror attack".

The fixtures for the 2019 Indian Premier League was announced and it starts off with a blockbuster match on March 23. The opening game will see three-time and current champions Chennai Super Kings, captained by MS Dhoni, taking on Virat Kohli’s Royal Challengers Bangalore at the MA Chidambaram stadium in Chepauk.

In 2018, Chennai Super Kings had played only one match at their home venue but the rest of the fixtures where shifted out of Chepauk following protests by some groups over the Cauvery issue. Chennai Super Kings won the 2018 edition of the tournament when they defeated Sunrisers Hyderabad in the final in Mumbai thanks to a brilliant century from Shane Watson.