Rohit Sharma and Shikhar Dhawan notched up their 14th century partnership, going past 13 set by Virender Sehwag and Sachin Tendulkar during the Bay Oval ODI against New Zealand.

Shikhar Dhawan and Rohit Sharma notched up their 14th century stand in ODIs during the game against New Zealand. (Image credit: Twitter)
HIGHLIGHTS

Rohit Sharma and Shikhar Dhawan gave India a blazing start in the second ODI against New Zealand at the Bay Oval as Virat Kohli won the toss and chose to bat. Rohit survived an outside edge the first ball but Dhawan continued his magnificent form in the series, getting off to a confident start after scoring a fifty after nine innings during the Napier ODI. Rohit and Dhawan grew in confidence, with the Mumbai right-hander taking on the short ball from Lockie Ferguson and employing the pull on a regular basis. Rohit notched up his 38th fifty and Dhawan slammed his 27th half century as New Zealand continued to toil. 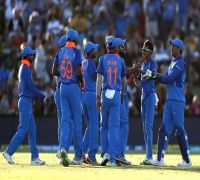 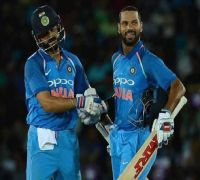 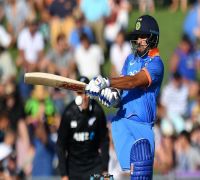 The first instance of Rohit and Dhawan opening the partnership in ODIs came in the 2013 Champions Trophy during the game against South Africa in Cardiff. Dhawan blasted a century and the partnership of 127 gave India a vital win over the Proteas. The duo has one double century opening partnership and that was against Pakistan in the 2018 Asia Cup encounter in Dubai. Rohit (111) and Dhawan (114) hit tons as India thrashed their arch-rivals by nine wickets. Even in the 2015 World Cup, they stitched a 174-run stand against Ireland in Hamilton.

The dup have two stands of 178 and 176 against Australia during the 2013 ODI series. The stand of 178 came during the Nagpur chase in which Dhawan hit a century and India chased down 350. The partnership of 176 came in Jaipur when Dhawan was out for 95 but Rohit and Kohli blasted centuries to help India chase down 360 for the loss of just one wicket.