Sachin Tendulkar's son Arjun is one player most eyes were pinned in the ongoing edition of the T20 Mumbai League.

Sachin Tendulkar's son Arjun is one player most eyes were pinned in the ongoing edition of the T20 Mumbai League. The left-handed all-rounder seems to grab attention whenever and wherever he plays. He has been in and around Mumbai cricket and the India Under-19 team for a while now. Arjun has played a vital role in Aakash Tigers MWS’ campaign so far.

In the batting department, coach Vinod Kambli initially sent him to bat at No. 3 but in the last couple of games, has was promoted up to open the batting. Arjun has been getting constant starts but has failed to kick on and get substantial scores. With the ball, the left-arm seamer has picked up four wickets but has been expensive. 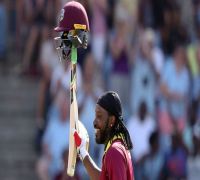 Chris Gayle makes BIG statement on bowlers around the world 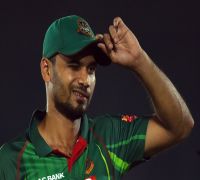 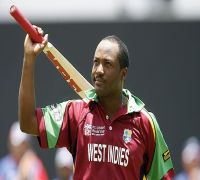 Brian Lara predicts World Cup 2019 winner, says will not be surprised if THIS team wins

However, he was impressive in his last outing when he picked up 3/27 bowling a couple of excellent overs at the death. Earlier, Arjun has played for India U-19 against Sri Lanka but wasn't able to produce impressive performance. In the end, he was dropped from the squad and wasn't given a longer run. Since then, Arjun hasn't featured in India U-19 squad.

With the talent hunt on by the Board of Control for Cricket in India (BCCI), Arjun needs to step up his game if he needs to be in contention for long. Otherwise, it has been seen that players with better talent take it a step further. The likes of Rohan Gavaskar, Aniruddha Srikanth have already been sidelined. With one managing an International series against Australia, other managed to play for Chennai Super Kings, but should it end there? - Well, for Arjun, the cricketing fraternity across the globe would except a lot more. But will that happen? - Time will tell.

Disclaimer : The opinions and facts expressed within this article are the personal opinions of the author. They do not reflect the views of News Nation. The NNPL does not assume any responsibility or liability for the same.