Virat Kohli's Indian cricket team finally won an ODI on Republic Day, having earlier lost two games on the same date in 1986 and 2000.

January 26 is a special day for India for it is on this day, 69 years ago, that the country was officially declared a republic. For the Indian cricket team, this period has not been so special. In the past, whenever matches have been played on this day, India has inadvertently lost. However, at the Bay Oval against New Zealand, Virat Kohli’s Indian cricket team finally broke the Republic Day jinx as they thrashed Kane Williamson’s side by 90 runs to take a 2-0 lead in the five-match series on Saturday and win a game for the first time on January 26. The Bay Oval was the venue where the India Under-19 side had defeated Australia in the final in 2018 to secure the title. Rohit Sharma and Shikhar Dhawan's brilliant fifties and yet another haul of 4/45 from Kuldeep Yadav helped India extend their series lead.

In the past, India had played three ODIs on January 26, losing two of them and with one match ending in a no-result. Both those losses came against Australia. However, one must remember that while January 26 is Republic Day in India, it is also celebrated as Australia Day in Australia. The first encounter for India on Republic Day took place in 1986 at the Adelaide Oval. Steve Waugh slammed 81 and helped Australia reach 262/8. In response, Sunil Gavaskar (77) and Ravi Shastri (55) played wonderfully Bruce Reid’s 5/53 helped Australia secure a 36-run win. 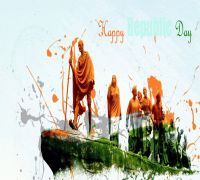 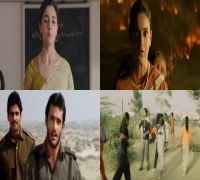 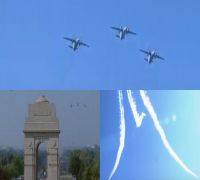 The second encounter on January 26 also took place between both sides at the same venue in 2000. Australia once again batted first and they ended up with 329/5 in the Carlton and United tri-series tournament which also featured Pakistan. In that match, Steve Waugh’s twin brother Mark scored 116 and Adam Gilchrist hit 92. India were blown away by a blistering spell from Brett Lee consigned India to a massive 177-run loss. Lee’s 5/27 and his pace was too hot for India’s batsmen and barring Rahul Dravid’s 63, no one contributed.

However, a hat-trick of losses on Republic Day was averted during the January 26 clash in 2015 against Australia in Sydney. India won the toss and chose to bat and they managed to reach 69/2 but the game was called off as rain played spoilsport and it was declared a No-Result.

With this win in Bay Oval, Virat Kohli’s Indian cricket team have ensured that the nation celebrates Republic Day with even greater fervor. Rohit's 38th fifty and Dhawan's back-to-back half centuries had laid the foundation for India to amass a big score. The duo's 14th century stand, beating the record of Sachin Tendulkar and Virender Sehwag, laid the foundation for a big score. Virat Kohli and Ambati Rayudu hit aggressive 40s but a late blitz from MS Dhoni helped India reach 324/4. In response, all New Zealand batsmen got starts but they could not carry on. Bhuvneshwar Kumar got rid of Martin Guptill while Mohammed Shami accounted for Kane Williamson.

With New Zealand's two gun players out of the way, Kuldeep and Yuzvendra Chahal ripped through the middle order with no New Zealand batsmen showing application. Doug Bracewell delayed the inevitable with a brilliant 57, his maiden ODI fifty but India wrapped up the match in style to give themselves a chance of winning a series in New Zealand for the first time since 2009.