Virat Kohli has dropped 17 spots to be 100th in the rankings. The list is headed by Barcelona and Argentina football superstar Lionel Messi.

Virat Kohli has climbed down to the 100th and last spot despite an increase of USD 1 million in endorsements. (Image credit: Virat Kohli Twitter)
HIGHLIGHTS

Star cricketer Virat Kohli remains the sole Indian in the Forbes list of world's highest-paid athletes with estimated annual earnings of USD 25 million. However, the Indian captain has dropped 17 spots to be 100th in the rankings. The list is headed by Barcelona and Argentina football superstar Lionel Messi. According to the Forbes list announced on Tuesday, Kohli's estimated earnings are USD 21 million from endorsements and USD 4 million from salary and winnings, taking his total tally to USD 25 million for the last 12 months.
Ranked 83rd last year, Kohli has climbed down to the 100th and last spot despite an increase of USD 1 million in endorsements. Messi has dethroned retired boxer Floyd Mayweather as the sports world's highest earner, raking in USD 127 million via salary and endorsement deals.

Messi is now ahead of long-time rival Cristiano Ronaldo, the Juventus and Portugal star who is second with earnings of USD 109 million.

In 2017, the magazine described Kohli as the “Indian cricket phenom” and said the sports star has “for good reason” already drawn comparisons to all-time great Sachin Tendulkar.

It added that Kohli has continuously shattered batting records and in 2015 was named the captain of the Indian national team, making him one of the youngest players to ever hold the job.

It noted that last year Kohli made nearly USD 1 million in salary and match fees from his national team play, and he’s also among the Indian Premier League’s highest-paid players thanks to a USD 2.3 million salary from the Royal Challengers Bangalore.?

“The vast majority of his income, however, comes from one of the sports world’s most impressive sponsorships portfolios,” Forbes said. 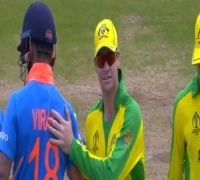 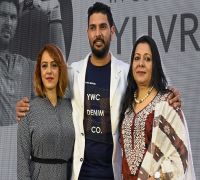 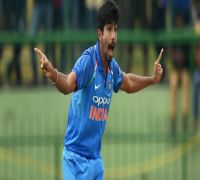