India captain Virat Kohli remained on top while teammate Chesteshwar Pujara managed to hold on to his third position in the latest ICC Test rankings, where Sri Lankan Kusal Perera made a quantum leap of 58 places. Kohli is leading the chart with 992 rating points ahead of New Zealand skipper Kane Williamson (897 points) and Pujara (881). Besides Kohli and Pujara, no other Indian feature in the top 10 list.

The left-handed Perera has reached a career-best 40th position after 15 Tests, scoring 51 and an unbeaten 153 that guided his team to an improbable win, partnering in the highest ever unbroken 10th wicket stand in a winning cause in first-class cricket.

He added 78 runs for the last wicket with Vishwa Fernando (six not out) to beat an 83-year record set by the Australians against Madras in February 1936. 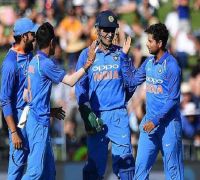 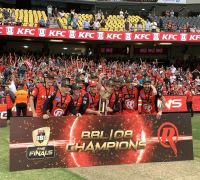 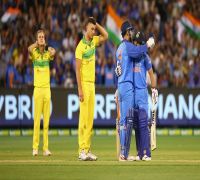 IND V AUS: Five Players to watch out in the limited overs series

In the bowlers' list, Australia fast bowler Pat Cummins has overtaken Kagiso Rabada to grab the top spot. Cummins is the first from his country since Glenn McGrath's pole position in the list, back in February 2006. Cummins is leading the bowler's table ahead of England's James Anderson and Rabada of South Africa.

Among the bowler's list, India's Ravindra Jadeja is placed at the fifth spot with 794 points. Jadeja also features in the all-rounders' list at the third position ahead of West Indies' Jason Holder and Shakib-Al Hasan.

Meanwhile, India will be up against Australia in weeks’ time. The two teams will be playing a couple of limited overs series starting from February 24 at Visakhapatnam.

The Board of Control for Cricket in India (BCCI) selection committee has made some interesting calls while announcing the separate squads for the series. The likes of KL Rahul and Rishabh Pant have been called back into the setup, while Dinesh Karthik and Khaleel Ahmed have been left out.

This will also be India’s last assignment before the forthcoming World cup, and it will be interesting to see how India take this series. The men-in-yellow will also be looking for redemption who were earlier hammered in their own backyard.