Yuvraj Singh etched his name in the history books by becoming only the fourth player after Sir Garfield Sobers and Herschelle Gibbs to hit six sixes in an over during the World T20 super-six clash against England in Durban.

Yuvraj Singh blasted six sixes in one over as India defeated England in the 2007 World T20 clash in Durban. (Image credit: Twitter)
HIGHLIGHTS

India was facing a vital clash against England in the Super-six stage of the tournament in the 2007 World T20 in Durban. Under the captaincy of MS Dhoni, India had reached the super-eight stage after a dramatic tie against Pakistan which India won thanks to the bowl-out. After losing to New Zealand in the first match, India faced a do-or-die clash against England. Virender Sehwag and Gautam Gambhir gave India a superb start and when Yuvraj strode out to the middle, there was tension. Andrew Flintoff, England’ talismanic all-rounder, had a go at Yuvraj and they almost came to blows. The confrontation fired up Yuvraj and he proceeded to create history.

In the 19th over, Yuvraj launched into Stuart Broad and became only the fourth player after Sir Garfield Sobers, Ravi Shastri and Herschelle Gibbs to hit six sixes in one over. While Sobers and Shastri achieved it in a first-class game against Malcolm Nash and Tilak Raj, Gibbs smashed six sixes in one over bowled by legspinner Dan van Bunge of Netherlands in the 2007 World Cup. He blasted a fifty off 12 balls, the fastest in Twenty20 history and India won the game by 18 runs. Here is a breakdown of how the over panned out between Broad and Yuvraj. 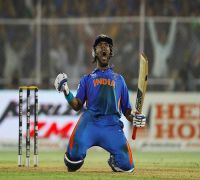 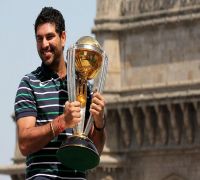 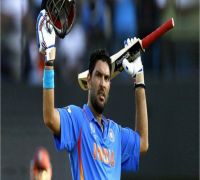 Ball 1: Broad to Yuvraj: SIX! Full ball on the pads, Yuvraj launches the lofted shot into the stands at wide long on.

Ball 2: Broad to Yuvraj: SIX! Full again and on leg stump, Yuvraj nonchalantly flicks it over the ropes at deep backward square leg for the second six of the over.

Ball 3: Broad to Yuvraj: SIX! Angled across and again too full, Yuvraj clears the front leg and smashes it over wide long off for a hat-trick of sixes.

Ball 4: Broad to Yuvraj: SIX! Broad switches to round the wicket makes no difference. Full toss wide outside off, Broad crashes the shot over deep point for yet another maximum.

Ball 5: Broad to Yuvraj: SIX! Switches to over the wicket but the carnage continues. Full delivery and on the pads, Yuvraj clobbers the lofted shot. Plenty of height but it just goes over the ropes at deep midwicket.

Ball 6: Broad to Yuvraj: SIX! History created. Broad bowls a full ball and Yuvraj mauls the lofted shot over wide long on. Becomes the third man after Sobers and Gibbs to hit six sixes in an over.