Germany will host Argentina in Dortmund on October 9

Germany will host Argentina in Dortmund on October 9 in a repeat of the 2014 World Cup final, the German Football Association (DFB) announced Friday

Germany will host Argentina in Dortmund on October 9 in a repeat of the 2014 World Cup final, the German Football Association (DFB) announced Friday."It was the express wish of the coaching staff to play a friendly against an outstanding team and develop the squad further," explained DFB president Reinhard Grindel.

No German fans need reminding that it was Mario Goetze's goal in extra time which sealed their 1-0 win over Argentina in the World Cup final at Rio de Janeiro's Maracana stadium in July 2014. That was followed by a 4-2 win for Argentina two months later when the sides last met in a friendly in Duesseldorf. 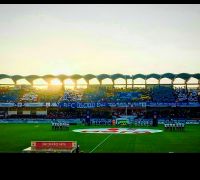 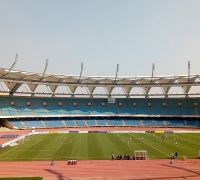 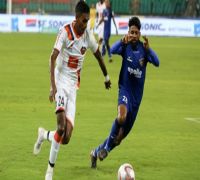 After Germany's disastrous World Cup campaign in Russia last year, crashing out after the group stages, the DFB are keen to test their new-look squad."On our way back to being one of the top sides, it's important to compete with the best teams in the world and we look forward to an international match against Argentina," said Germany's team director Oliver Bierhoff.

Germany will start their 2019 fixtures with a friendly against Serbia in Wolfsburg on March 20, followed by a Euro 2020 qualifier against the Netherlands in Amsterdam four days later. "At the moment, the focus is on qualifying for the European championships, we want to get off to a good start to the year against Serbia in Wolfsburg," Bierhoff added.