Shah Rukh Khan posted a photo on his official Twitter handle with Arsenal and former Germany football star Mesut Ozil when he was watching a Premier League game involving Arsenal.

Mesut Ozil is considered one of the best footballers in the world. The German player, who has Turkish roots, played a vital part in Germany winning the 2014 World Cup held in Brazil when they defeated Argentina in the final 1-0 thanks to a goal from Mario Gotze. Ozil has a massive fan following all over the world and it was the turn of Bollywood superstar Shah Rukh Khan to have a fan moment. Writing on his official Twitter handle, Shah Rukh wrote, “What a lovely evening @Arsenal congratulations. Thx @MesutOzil1088 & #AmineGulse for your warmth love & hospitality. See u guys soon in India.” Shah Rukh also posted photos with Ozil and Gulse.

The last few months have been torrid for Ozil, who announced his retirement from international football in 2018 following a media outrage and much criticism for having his photograph taken with Turkish President Tayyip Erdogan. Ozil took to Twitter and released an official statement defending his stance over the photograph of him with Turkish President. 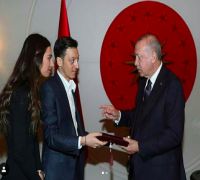 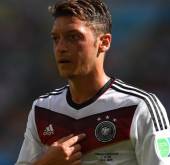 Euro Cup 2016: Schweinsteiger is back as Germany start with win

"My job is a football player and not a politician, and our meeting was not an endorsement of any policies," Ozil said in the official statement. Few hours following his statement over the controversial photograph, Ozil said that the treatment he has received from DFB (German Football Association), media, pundits and others “makes me no longer want to wear the German national team shirt.”

"I feel unwanted and think what I have achieved since my international debut in 2009 has been forgotten. People with racially discriminative backgrounds should not be allowed to work in the largest football federation in the world that has players from dual-heritage families. Attitudes like theirs simply do not reflect the players they supposedly represent,” Ozil wrote.

Things continued to get stormy for Ozil and Germany. Ozil was in the centre of controversy yet again when Germany's top-selling tabloid Bild reported that Ozil, 30, and his model fiancee Gulse, 25, a former Miss Turkey, personally presented Erdogan in Istanbul with an invitation to their wedding this summer, asking the Turkish leader to appear as the footballer's witness. The invite immediately drew sharp criticism in Germany, whose government has been sharply at odds with Ankara over a range of human rights questions in recent years.