Australian great Adam Gilchrist Tuesday picked his country as favourite to win the World Cup and wondered if home side England and South Africa have it in them to prevail in the knockouts.

Australian great Adam Gilchrist Tuesday picked his country as favourite to win the World Cup and wondered if home side England and South Africa have it in them to prevail in the knockouts. England are the World No. 1 side and will play the showpiece event on their own shores having struck phenomenal form with the bat that has carried them to 11 straight bilateral ODI series wins.

But Gilchrist put his money on Australia to add to their five world titles.At Fox Cricket's World Cup launch, when asked who will win it, the former keeper-batsman said: "Australia. Certainly on paper they're as competitive as anyone with the names that are there now and the momentum they built up in the one-day format once they left Australian shores."

Obviously there's confidence there. I just like what I'm seeing and five out of 12 World Cups have come this way so I can't see any reason why we can't win another one. "Australia enter the tournament having won consecutive ODI series away from home, against India and Pakistan, after struggling for a better part of last year in the absence of Steve Smith and David Warner, who was serving their one-year bans for ball tampering in the infamous Cape Town Test.With both players back, the squad has been strengthened. 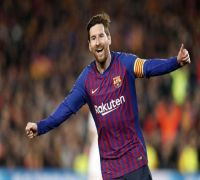 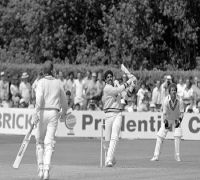 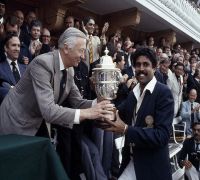 "I always thought once they got their full squad at full strength they were always going to be as competitive as anyone. At the start of last Australia summer you would have said they were a long way off but there was always a lot to happen between then and the start of the World Cup."The fact that we won five doesn't guarantee these guys anything. It's more just the recent results, the momentum that's been built up and the names that are on the paper. It's a very, very strong, well balanced team."

And I think a lot of shoots are forming from the seeds of leadership Justin Langer planted as well and I think they're coming together really nicely."Regarding England, Gilchrist said they will have to contend with huge expectations as they are a "very, very good one-day team at the moment".

"The expectation on them is going to be huge and they're a very, very good one-day team at the moment and very composed and balanced," Gilchrist said."The hype is going to grow and grow and I'm expecting they'll get through to the semis but then it's just a knockout game and that's the fear isn't it?

"Historically, Australia hasn't really feared that part of it. Eventually in any tournament you get to the knockout stage and fortunately that's boded well for us whereas for South Africa and England it hasn't gone so well."