Ben Stokes can ‘steal the show’ in both World Cup and Ashes: Andrew Flintoff

England are gearing up to host the ICC Cricket World Cup 2019 and the Ashes in the same season and Andrew Flintoff believes that Ben Stokes can be a difference-maker for the hosts.

Ben Stokes will be a key player for England if they have to achieve success in the ICC Cricket World Cup 2019 and in the five-Test Ashes contests against Australia. (Image credit: Twitter)
HIGHLIGHTS

The 2019 international summer is very important for England. They will be hosting the ICC Cricket World Cup and immediately after the end of the marquee tournament, they will play the five-Test Ashes series against Australia which will also be the first series played in the new ICC Test Championship. For England, this is a make-or-break season for the side that has perennially underachieved on the international stage, having won just one World T20 title in 2010 and also having lost in three World Cup finals and two Champions Trophy finals. For England, all hopes will be pinned on Ben Stokes and how he performs with both bat and ball.

Stokes, however, has yet to hit the heights he showed before being acquitted of affray by an English court last year following an incident outside a Bristol nightclub in the early hours of the morning. Andrew Flintoff, who was England’s talismanic all-rounder at the start of the 21st century, believes Stokes' bowling confidence may have been set back by being hit for four successive sixes by the West Indies' Carlos Brathwaite in the last over of a 2016 World Twenty20 final in Kolkata that England had been poised to win. 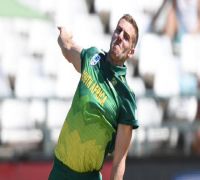 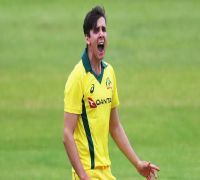 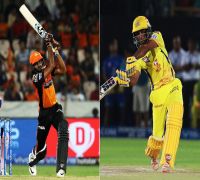 But Flintoff said that was partly a consequence of Stokes' willingness to take responsibility at key stages. "With Ben, he's just different. As a batter he can bat three, he can bat four -- his bowling's getting better all the time. The World T20 probably knocked his confidence a little bit. That can happen, bowling at the death. He's always in the big moments of a game. He seems to be that lad who lifts the team. I think since what happened the year before last, it's always hard sometimes. You've just got to find your feet again. You're playing for the team but you're also playing a little bit for acceptance as well -- for the crowd, for the people coming to watch you. I think he has come through the other side and I think we're about to see the best of Ben Stokes. Or I hope so because I genuinely love watching him," Flintoff said at an event.

This is the first time since 1975 that England is hosting both the World Cup and the Ashes. In the Ashes contest which was a four-match series, Australia won 1-0 with victory in the Edgbaston Test followed by three draws. In the World Cup, England lost in the semifinals to Australia with Gary Gilmour taking 6/14. Australia lost by 17 runs to West Indies in the final with Clive Lloyd scoring a brilliant century.