England and New Zealand will be gunning for their first World Cup title when they clash at Lord's on Sunday. (Image credit: Getty Images)
HIGHLIGHTS

England and New Zealand are on the cusp of something special in the ICC Cricket World Cup 2019. This is the fourth time England have reached the final while New Zealand is in this stage for the second time after the 2015 World Cup. The team that wins at Lord’s on Sunday will be crowned world champions for the first time. There will be immense pressure on both England and New Zealand but Gary Stead, the Kiwi head coach has said there will be no underdogs in this match but admitted the pressure will be a lot more on England as they were deemed the favourites at the start of the tournament.

“There is pressure on both teams. The exciting thing is that both teams have not won the World Cup and both have experience of finals. But since England and India were looked at as winners, maybe there is more pressure on them. I don't know who the underdog here is. That is for the media to say. We are going in with a 50-50 chance and we need to be a little bit better than England on Sunday,” Stead said in a media interaction before the final at Lord’s.

England and New Zealand both endured a roller-coaster journey in their path to the finals. England suffered losses to Sri Lanka and Australia in the league stages while New Zealand lost three games before the semi-final. Stead said whoever held their nerve in the final will emerge the victors.

“We don't have to play the perfect game. What we have to do is to be able to adapt to conditions in front of us. Working out that 240 (vs India) is a good score is the strength the guys have, especially the middle order. Guys like Kane, Ross, Tom Latham, they have a lot of experience,” Stead said.

New Zealand is making their second straight final while England is reaching the final after 27 years. Seven members of the New Zealand team played the final against Australia at Melbourne while none from the England team featured in the final in 1992. Stead reiterated the team knew how to avoid making the mistakes which cost them the final.

“What have we learnt from that experience ... there are a lot of similarities between the two occasions. We have seven guys who had experience of being part of that squad playing then. But at the end of the day, it's a game of cricket -- there will be one team which will be happy and one team which will be disappointed. We are trying to keep it as realistic as we can,” Stead said. 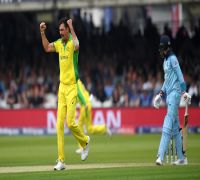 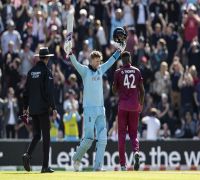 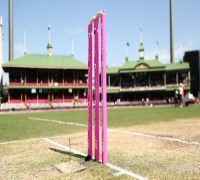