I became more positive after being ignored for World Cup: Rishabh Pant

Back in the Indian team as a replacement following the injury to Shikhar Dhawan, young wicketkeeper-batsman Rishabh Pant Friday said he remained positive despite being ignored from the World Cup squad.

Back in the Indian team as a replacement following the injury to Shikhar Dhawan, young wicketkeeper-batsman Rishabh Pant Friday said he remained positive despite being ignored from the World Cup squad. Pant was flown in as cover after Dhawan suffered a thumb injury during his match-winning hundred against Australia.

With the injury turning out to be a fracture, Dhawan was ruled out of the World Cup and Pant was named his replacement in the squad."When I didn't get selected, I thought may be I didn't do something right, so I became more positive and focussed on how to improve myself. Then I did well in IPL. Then I kept practising," Pant told India spinner Yuzvendra Chahal in a video posted by BCCI.

"It is one dream for all to make India win. When I came to know that I have been called to England as a back-up, my mother was with me. So I told her, she went to temple and paid her offerings.

"As a cricketer, I always wanted to play a World Cup and perform there and now that I have got this opportunity, I am feeling very happy." Meanwhile, India will play their next game against Afghanistan on Saturday at Rose Bowl in Southampton. The last time these two teams met in ODIs, India and Afghanistan played out a thrilling tie in the Asia Cup. With their Asia Cup performance a few months back, they were expected to threaten the top sides in this World Cup. But things haven’t panned out accordingly for them in this tournament so far. 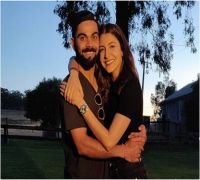 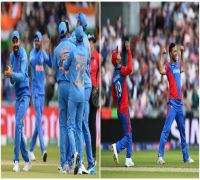 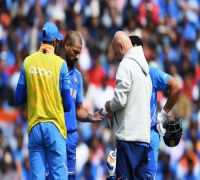