The defending champions, Australia has arrived in England for the all-important ICC Cricket World Cup and are working regressively to keep no box unturned.

The defending champions, Australia has arrived in England for the all-important ICC Cricket World Cup and are working regressively to keep no box unturned. And Glenn Maxwell, who features in the 15-member squad has set his sights on becoming an asset for Australia with the part-time off-spin.

Maxwell has averaged five overs per match since Aaron Finch took over as skipper, compared to just 2.4 overs under Steve Smith's captaincy. He also completed his full quota of 10 overs three times in the recent tours of India and the UAE.

"That's probably the clarity I have with my role," the Victorian told reporters here when asked about his role as a bowler. It's something I did a little in Dubai and India, I started to get a few more overs and get that consistency. To have that continue into my time at Lancashire where I got plenty of time at the bowling crease, you get that rhythm and feel of the ball coming out consistently.

"You need that as a part-time bowler to have that consistency and time at the crease. Just get the cobwebs out a bit," Maxwell added.

Maxwell's effectiveness with his part-time spin can be assessed from the fact that he finished as Australia's third-most economical bowler in the 10 games against India and Pakistan on the sub-continent. 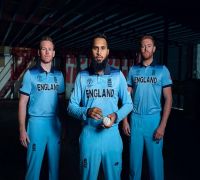 England will be at the heart of a special ICC Cricket World Cup: Michael Vaughan 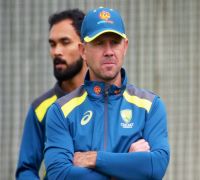 Ricky Ponting reckons THIS player will be England's dangerman 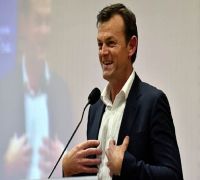 "A lot of the time I bowl I just try and limit boundary balls. If they (batsmen) hit good shots off my bowling then I'm not too fazed. But if I'm limiting boundary balls and giving myself the best chance to squeeze a few dot balls and some tight overs it might create some pressure at the other end," he said, emphasising his role as a bowler.

"I think it's important for me to bowl in a partnership with someone." Maxwell has skipped this year's IPL to play a full season of English county cricket in a bid to regain his spot in the Australian Test side.

"It was quite a big decision (missing IPL). But in the long run I would rather be a two-time World Cup winning player than a rich player without it," he said.

"If everything does go well and I do perform well in this, you never know, there might be more cricket in the end," he signed off.