The ICC Cricket World Cup 2019 clash between India and New Zealand in Manchester is set to be affected by rain on July 9 and July 10 and this could put Virat Kohli’s side in the final.

The rain is expected to play a major part in the ICC Cricket World Cup 2019 semi-final between India and New Zealand in Manchester. (Image credit: Getty Images)
HIGHLIGHTS

The knock-out stages of the ICC Cricket World Cup 2019 are finally here with India taking on New Zealand in the first match at Old Trafford while Australia takes on England in Edgbaston. India has been in magnificent form, losing just one game and performing clinically with both bat and ball. New Zealand, on the other hand, has lost three consecutive games and had to rely on a certain winning and losing margin against England and for the clash between Pakistan and Bangladesh. If Sachin Tendulkar’s tweet is anything to go by, New Zealand simply has no chance to knock the Indian juggernaut out.

However, Indian cricket fans can start booking their ticket to Lord’s. The reason being the weather in Old Trafford. Rain, which ruined the start of the tournament, is set to make a comeback in the knock-out stages especially in the game between India and New Zealand. The weather forecast for Manchester is not too promising with rain expected for a couple of hours on July 9. However, according to the ICC playing regulations for the knock-outs, there is a reserve day for the semi-final and the final.

The weather on July 9 is expected to feature a couple of showers throughout the course of the match. If the match gets washed off on July 9, then it will be played on July 10 but the weather is worse on that day as well with 70 per cent chances of rain. If the semi-final gets washed out on both the days, then India will enter the final as they finished on top of the group table.

One hopes that the semi-final contest is played without any interference of rain and that both teams slug it out on the field.

The final has a reserve day. In case it gets washed out and conditions are such that even a super over is not possible, then the trophy will be shared.  India will be determined to continue their winning run but for many Indian cricket team fans, they will be looking for a rain dance if the team has to reach the finals. 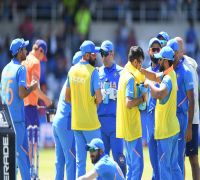 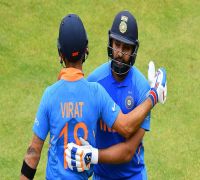 Rohit Sharma closes gap on Virat Kohli in No.1 ranking for ODI batsmen 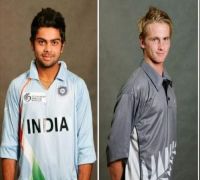