Jason Roy blasted his eighth ODI ton but the knock came in emotional circumstances as his baby daughter was in the hospital.

Jason Roy blasted his eighth ODI ton off just 77 balls and backed by Ben Stokes’ amazing 71 off 64 balls, England registered a thrilling three-wicket win against Pakistan at Trent Bridge to take an unassailable 3-0 lead in the five-match series with one game being abandoned by a no-result. Babar Azam’s knock of 115 went in vain and despite Pakistan scoring 340/7, their bowlers once again struggled as England’s pitches produced yet another exhibition of run-scoring. This was Pakistan’s ninth loss in 10 games with one match at The Oval being abandoned due to rain. Roy’s knock earned him the player of the match but he revealed that the knock was difficult as his baby daughter Everly was admitted in the hospital.

“It was a very emotional hundred. I didn't see it coming. I had a bit of a rough morning so this one is a special one for me and my family. It was my little one. We had to take her to the hospital at 1:30 in the morning. I stayed there until 8:30 am, came back for a couple of hours sleep and got to the ground just before warm-up and cracked on,” Roy told BBC Radio's Test Match Special. Apparently, after the end of the match, Roy went back to the hospital but it was revealed the condition was not that serious. 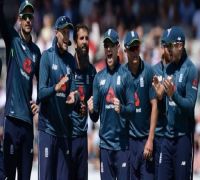 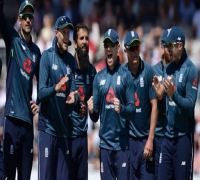 Pakistan have played well in the ODIs against England: Imad Wasim 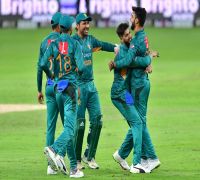 Apart from Roy, Ben Stokes’ knock ensured England crossed the line in a tense match. Jos Buttler, who was the stand-in skipper following Eoin Morgan’s suspension due to a slow over-rate, hailed Stokes’ composure. “For Ben to soak up that pressure, come through it and be not out at the end will give him lots of confidence. It was great to see him play in that fashion. It's great to watch Jason go about his work too. He's been in great form and he was desperate to go on to his hundred,” Buttler said.

However, Pakistan missed a crucial chance to seal the match when skipper Sarfaraz Ahmed did not appeal for a run-out of Tom Curran when he was on 6. Curran went on to make a crucial 31 and his haul of 4/75 earlier strengthened his case for his inclusion in the final 15-man squad for the ICC Cricket World Cup 2019. Sarfaraz, though, lamented that his non-appeal was costly.

“We had enough runs on the board and if we field well we win this game. The coach told me (about the run-out). I thought both bails had come out, I hope that if the third umpire saw it on the television he would tell the umpires as well,” Sarfaraz said. The final match will take place on May 19 in Leeds and England will be determined to finalise their team composition for the tournament which will begin on May 30 with the hosts taking on South Africa at The Oval.