Matt Henry continued to be New Zealand’s ultimate player of destiny after a match-winning spell of 3/37 helped Kane Williamson’s side enter the ICC Cricket World Cup final for the second consecutive time.

Matt Henry was in prime form and his 3/37 helped New Zealand beat India by 18 runs in the semi-final in Manchester and knock Virat Kohli's team out of the ICC Cricket World Cup 2019. (Image credit: Getty Images)
HIGHLIGHTS

Destiny - the hidden power believed to control future events. In a World Cup tournament, New Zealand is destiny’s child. Ahead of their ICC Cricket World Cup semi-final against India, New Zealand was given no chance. Many commentators and analysts had wished the Indian players all the best for the ‘next two games’. However, fate had other plans. New Zealand, putting on their inspired ‘punching above their weight’ face, turned the tables spectacularly on India and managed to defend 240 as they knocked Virat Kohli’s team out of the tournament. The main catalyst behind the exit was Matt Henry, destiny’s favourite child.

Against a batting line-up which had more fifties and centuries than entire New Zealand playing XI combined, the task was massive. However, Henry had great experience of English conditions, having played County Cricket for Kent. He used a simple formula which is effective for fast bowlers when operating in England. Under overcast skies, with a bit of moisture on the wicket and with a new Kookaburra, Henry kept it simple. Pitch the ball up, keep it close to the off stump and ensure there is just a hint of swing movement in the air or off the pitch.

In England, bowlers often get carried away by excessive swing seen in Tests with the Duke ball. In ODIs, under English conditions, only a hint of movement is needed from the right areas and the batsman makes mistakes. Henry’s first wicket was Rohit Sharma, the man who had scored five centuries in a single edition and was expected to break Sachin Tendulkar’s tally of runs in a single edition.

Henry set-up Rohit brilliantly with a good length ball in the channel outside off and it straightened just a tad to get the edge of the batsman. Rohit went for 1. Couple of overs later, Henry bowled a back of a length ball which nipped away slightly and kicked up from the deck outside off, KL Rahul was caught in two minds whether to leave it or play at it. In the end, Rahul’s misjudgment produced an edge to the keeper. Dinesh Karthik held firm and got off the mark only after 20 balls with a boundary to the third man fence.

With the pressure building, Henry continued to be accurate. Karthik’s dismissal was the result of immense pressure built by both him and Trent Boult. Henry pitched the ball full outside off, it stopped on Karthik who stabbed at it and the ball flew to point where James Neesham dived to his left and took a stunning one-handed grab. In his first spell of 6-1-18-3, Henry had run through the top order. India’s worst nightmare had come true. With Rohit and Kohli dismissed cheaply, they had no Plan B. Henry had put the match firmly in New Zealand’s grasp and they secured a ticket to Lord’s.

After the match, Henry explained his modus operandi. "We had to ask a lot of questions against that world-class batting line-up. We knew we had to create pressure against that batting line-up but we also knew that this was a difficult wicket to bat on and it was holding up a little bit. We brought ourselves on and if we could create a few early chances, anything could happen," Henry said after he won the Man of the Match award.

Henry’s performance makes him the man of destiny for New Zealand. That too in a semi-final is a feeling of deja-vu. In 2015, Henry was surprisingly omitted from the New Zealand squad for the World Cup after some solid ODI performances in 2014 and 2015 where he took 19 and 17 wickets. However, Adam Milne suffered an injury during the quarterfinal against West Indies and Henry was included. His first game came against South Africa in the semi-final in Auckland.

Henry’s first two overs in his first match of the World Cup were maidens and in that high-voltage semi-final, it was simply valuable. Although Henry managed to end with figures of 8-2-40-0, the right-armer, whose action resembles a lot like Shane Bond, had shown that he could handle pressure on the big stage. Four years since Auckland, Henry had shown his mettle on the big stage in Manchester. 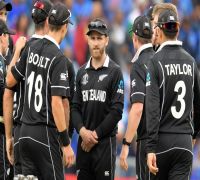 Hopefully we can adopt 1.5 billion supporters for final: Kane Williamson 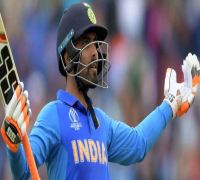 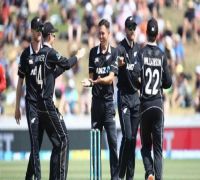