South Africa, who have lost their first three games in the ICC Cricket World Cup 2019, will be determined to break their losing streak when they face West Indies.

West Indies will be determined to bounce back in their World Cup clash against South Africa. (Image credit: Twitter)
HIGHLIGHTS

South Africa find themselves in a precarious position in the ICC Cricket World Cup 2019. They have lost their first three encounters and a fourth straight loss could spell curtains to their campaign. The Proteas have also been distracted by all the talk regarding how Cricket South Africa refused AB de Villiers’ offer to come out of retirement and play for South Africa in this World Cup. The distraction of de Villiers was enough to irk coach Ottis Gibson who tried his level best to ensure the team were focused on the task against his former side, who blew away a great chance against Australia.

For Jason Holder’s side, they will be cursing that their array of power-hitters failed to deliver when the situation was tense. A selection of poor strokes, especially from Andre Russell and Carlos Brathwaite turned the match towards Australia’s side. Against South Africa, the likes of Chris Gayle and the lower middle order will be hoping for better performance. 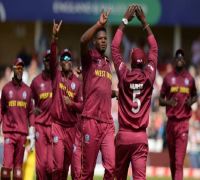 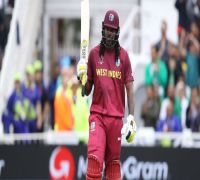 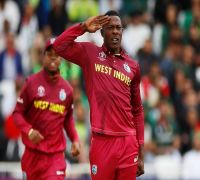 The bowling started off brilliantly but they were undone by Australia’s depth. Against South Africa, the likes of Chris Morris will not only be valuable with the ball but also with the bat. Kagiso Rabada has been below his best and he will be vital if he has to get rid of West Indies’ power-hitters.

South Africa are low on confidence heading into the match having lost their first three games and West Indies will be determined to ensure that the Proteas stay down for the count.

South Africa has held the wood over the West Indies for the last couple of seasons but on current form, the Windies might unleash their power and get the better of South Africa

There have been some intermittent showers heading into the game in Southampton but on match day, it is expected to be fine.

The match will be played at the Rose Bowl in Southampton on June 10 and it will begin at 3:00 PM IST.