India’s World Cup moments 1992: When Sachin Tendulkar arrived in a big way on the world stage

Sachin Tendulkar announced himself on the world stage with some breathtaking knocks during the ICC Cricket World Cup 1992 in which India had a miserable campaign, crashing out in the league stages of the tournament.

Sachin Tendulkar's 54 against Pakistan won him the Man of the Match award in the 1992 ICC Cricket World Cup match in Sydney. (Image credit: Twitter)
HIGHLIGHTS

Sachin Tendulkar’s achievements on the cricketing stage are legendary. His tally of 18426 runs in 463 ODIs and 15921 runs in 200 Tests might never be bettered in the future. Tendulkar’s match-winning knocks and his batting on the grand stage, be it in a tri-series final or in major ICC tournaments. Tendulkar’s legendary tally and the way he transformed India’s fortunes on the world stage will forever remain etched on the minds of cricket fans. However, Tendulkar’s initial journey was rocky and it came during the early 90s when India was known as ‘Tigers at Home and Lambs Abroad’.

The 1992 World Cup was played for the first time in Australia and New Zealand and it involved playing with white balls and coloured clothing. Tendulkar had made a mark for India by smashing a Test century in England and scoring eight fifties before the ICC Cricket World Cup. On hard and bouncy pitches, Tendulkar had shown that he was a player who could play in all conditions. 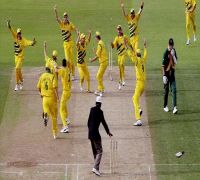 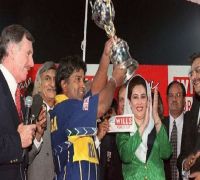 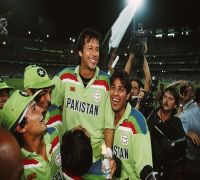 Although India endured a miserable World Cup, finishing seventh out of nine teams and winning just two out of eight games, Tendulkar was the lone bright spot in this miserable campaign. In the first game against England at Perth, Tendulkar gave India a great chance after the top order buckled from some disciplined England bowling. His 35 off 51 balls gave India a chance but they fell short by nine runs. In the next game against Australia in Brisbane, Tendulkar was out for 11.

However, there was redemption in the next game against Pakistan at the Sydney Cricket Ground. In tough conditions and against the likes of Wasim Akram and Mushtaq Ahmed, Tendulkar smashed an unbeaten 54 to help India reach 216/7. Aamer Sohail smashed 62 and Javed Miandad hit 40 but India managed to win the match by 43 runs in what was their lone bright spot.

India was on an upward trend in which they won their next game against Zimbabwe in Hamilton. Tendulkar hit 81 off 77 balls in a rain-reduced game but India suffered when he was dismissed for 4 against West Indies in Wellington. Against New Zealand in Carisbrook, Dunedin, Tendulkar once again overcame the conditions and smashed 84 to help India reach a respectable 230/6 but New Zealand got the better of India by four wickets. Tendulkar’s campaign ended when he was out for 14 against South Africa in Adelaide.