The one-day International will turn into 'two' as the high octane semi-final clash between India and New Zealand is set to resume tomorrow at 10:30 a.m local (3:00 p.m IST) at Old Trafford after consistent rain in Manchester.

The one-day International will turn into 'two' as the high octane semi-final clash between India and New Zealand is set to resume tomorrow at 10:30 a.m local (3:00 p.m IST) at Old Trafford after consistent rain in Manchester. Earlier in the day, the toss fell in favour of Kiwi skipper Kane Williamson, who asked the opposition to have a bowl.

On overcast conditions, the seam movement was ought to trouble the opening pair and the pair eventually took 17 deliveries to open the account. Opener Martin Guptill struggled to get his feet moving and eventually was sent back to the pavilion by a beautiful outswinger by Jasprit Bumrah.

Once he departed, in-form Kane Williamson joined Henry Nicholls in the middle. The duo strung a partnership of 68 runs before the latter was dismissed by left-arm wrist spinner, Ravindra Jadeja. Williamson, along with Ross Taylor continued to show their class against promising Indian bowling attack and registered a partnership of 65 runs. In the process, Kane Williamson went past Martin Guptill to become the highest run-getter for New Zealand in a World Cup edition.

The wickets continued to tumble and New Zealand batsmen failed to build a partnership in the middle. By 45th over, half-side was back to the pavilion and the team scored 202 runs. With just 30 deliveries left to play, both Ross Taylor and Tom Latham decided to go after the bowlers. However, they weren't able to add much with rain interrupting the game at 46.1 over.

The rain continued to be the spoilsport as there was no play further on the day. However, according to the weather forecast, the game is likely to get completed with New Zealand resuming the innings from 46.1 overs and team India getting a full quota of 50 overs to bat. 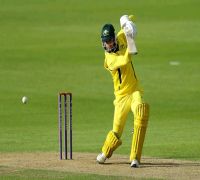 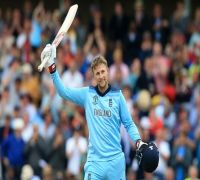 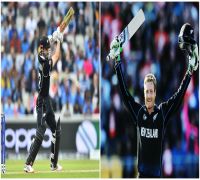