Ashton Turner has joined a list of select players who have been dismissed for four consecutive ducks in the Twenty20 format.

Ashton Turner has joined Jesse Ryder as the players who have been dismissed for a duck in their first two games in the IPL. (Image credit: Twitter)
HIGHLIGHTS

Ashton Turner is best remembered for his match-winning 84 against India in Mohali. His knock Australia chase down 359 in the fourth ODI, which is the highest successful chase by a visiting team ever in India. His miraculous knock played a massive role in Australia’s resurgence as they won the five-match ODI series 2-3 and became the first Australian side to win a series from being 0-2 down in India. Prior to his knock in Mohali, Turner was snapped up by Rajasthan Royals for his base price of Rs 50 lakh during the auction in December 2018 and many expected him to perform great feats.

However, in the ongoing 2019 Indian Premier League, Ashton Turner’s journey has been a nightmare. In his debut game against Kings XI Punjab at the same venue where he had scored his miraculous 84, Turner mistimed a lofted shot off Ravichandran Ashwin to be caught at long off for a golden duck. In his next game against Mumbai Indians at the Sawai Mansingh stadium in Jaipur on Saturday, Turner was cleaned up by Jasprit Bumrah for yet another golden duck but unlike Mohali, Rajasthan Royals won the match by a close margin. 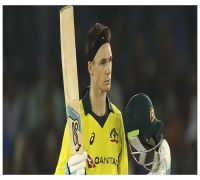 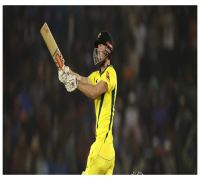 Who is Ashton Turner – The man behind Australia’s highest chase in India? 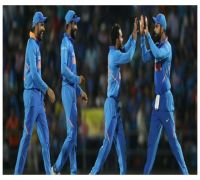 However, Turner’s woeful form in Twenty20s is actually longer. The dismissal against Mumbai Indians was actually his fourth consecutive duck in the format. Prior to the two matches in IPL 2019, Turner was dismissed for a golden duck in the final game against Adelaide Strikers for Perth Scorchers. In the first Twenty20 International against India in Vizag, Turner was dismissed for a three-ball duck by Hardik Pandya.

Turner would be determined to overturn the rut and score a run and hopefully help Rajasthan Royals achieve a spectacular turnaround in the IPL. Rajasthan Royals are currently in seventh in the points table and will need to win their remaining games to stay in contention for the playoffs.