Sam Curran took a sensational hat-trick and backed by two wickets in the death from Mohammed Shami, Kings XI Punjab defeated Delhi Capitals by 14 runs in a sensational collapse.

Delhi Capitals were cruising in their chase of 167 against Kings XI Punjab at the IS Bindra stadium in Mohali on Tuesday. Needing 23 runs off 21 balls and with Rishabh Pant batting well, Delhi Capitals were headed for an easy win. However, Mohammed Shami took two wickets in one over and Sam Curran took a hat-trick. Kings XI Punjab had achieved a spectacular turn-around as they clinched the match by 14 runs to inflict a crushing loss on the Delhi Capitals. Curran's effort of 4/11 won him the Man of the Match award and it was a good day for the England all-rounder, who was promoted to open the batting for the first time in his professional career and gave Kings XI Punjab a great start after being inserted into bat by Delhi Capitals.

KL Rahul started off confidently with two fours and a six but he was trapped LBW by Chris Morris. Curran also started off like a train, blasting three fours off Avesh Khan and depositing Nepal legspinner Sandeep Lamichhane straight down the ground but the bowler had his revenge next ball and Kings XI Punjab were in some trouble. When Mayank Agarwal (6) was run-out, it was left to Sarfaraz Khan and David Miller to steady the ship. 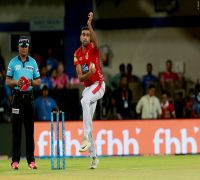 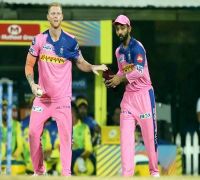 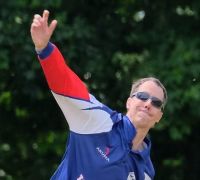 Avesh continued to leak runs as Sarfaraz cracked a couple of boundaries and Miller showed his intent by hammering Harshal Patel for a big six over deep extra cover. Sarfaraz and Miller stretched their stand past fifty but once again, Lamichhane got the breakthrough and Delhi Capitals were back in the hunt. When Miller (43) fell in the death overs, Kings XI Punjab lost wickets at regular intervals but Mandeep Singh (29*) struck a boundary and a six in the last two balls bowled by Kagiso Rabada as they reached 166/9.

In response, Delhi Capitals had a disastrous start when they lost Prithvi Shaw, who had smashed 99 in the game against Kolkata Knight Riders, to the first ball of the innings with Ravichandran Ashwin taking the wicket. However, Shreyas Iyer and Shikhar Dhawan found the boundary on a consistent basis and the partnership raced past 50. Just when Delhi Capitals had steadied the ship, Hardus Viljoen breached Iyer's defence Ashwin trapped Dhawan in front as Kings XI Punjab roared back into the contest.

Colin Ingram and Rishabh Pant took the attack to the Kings XI Punjab bowlers and ensured Delhi Capitals stayed in the hunt. Ingram was given out LBW in the 13th over to Viljoen but he managed to overturn the decision on review when the ball was pitching outside the line of leg stump. Both batsmen struck fours and sixes consistently and until the 17th over, Delhi Capitals were in the game. Then, lightning struck in the form of Shami and he removed Pant (36) and Morris (0) in successive balls. With 23 needed off 18, Delhi Capitals were still in the hunt but when Curran sent back Ingram and Harshal Patel, momentum had swung Kings XI Punjab's way. With 15 needed off the last over, Curran finished off the match with a hat-trick and sealed an improbable win for Kings XI Punjab. For Delhi Capitals, their collapse of seven wickets in 17 balls could haunt them for the rest of the 2019 IPL.