Rafael Nadal lost in straight sets in the final of the Australian Open to Novak Djokovic but has announced that he will marry his long-time girlfriend Maria Francisca "Xisca" Perello.

Rafael Nadal, who has won 17 Grand Slam titles and who lost in straight sets to Novak Djokovic in the final of the 2019 Australian Open, is all set to begin a new chapter in his life. According to a tweet put out by the official handle of the ATP Tour, Nadal is all set to marry his long-time girlfriend Maria Francisca "Xisca" Perello after proposing to her in January. The Spaniard had earlier gotten Maria to the Rod Laver Arena during the 2017 Australian Open and in an interview with former American tennis player Jim Courier following his victory in the fourth round, Nadal first made a reference to his girlfriend.

When Courier asked about Nadal bringing Maria to the Australian Open for the first time, Nadal replied, “I had lost in the quarterfinal in Brisbane but I had the chance to visit Sydney. I was not there before but I enjoyed the city. After 10 years, my girlfriend finally gets a wildcard to come to Melbourne,” Nadal remarked with laughter. To this, Courier responded, “I am speechless. That is a wildcard? She is not a main draw player? She needs a special entry?” Nadal with a smile said, “Better we stop here.” The exchange had gone viral on the Australian Open channel on Youtube with close to 1.8 million views. 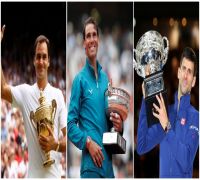 Novak Djokovic, Roger Federer or Rafael Nadal – Who is the Greatest of them all? 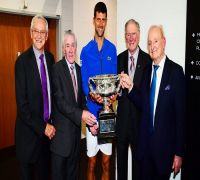 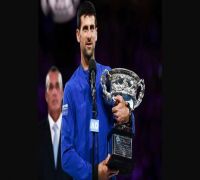 Nadal’s quest to becoming the only man to win all the four Grand Slams took a major hit as he lost in straight sets in the final of the Australian Open 2019 to Novak Djokovic. Nadal now has 17 Grand Slams while Djokovic has closed the gap with 15. Roger Federer leads the charts with 20 Grand Slam titles and all three players have a chance to become the first player from the Open Era to win all the four Grand Slams more than once. The Spaniard is the only player to win one Grand Slam title more than 10 times, having won the French Open singles crown a world record 11 times.

Speaking after the end of the Australian Open, Nadal said, “Because of the things that happened to me in terms of surgery [an ankle operation in November], then what happened in Abu Dhabi [strained thigh muscle], I was not able to work that much the defensive game. Five months without competing, having that big challenge in front of me, I needed something else.”