Roger Federer won in four tough sets against Rafael Nadal and set-up an epic final clash with Novak Djokovic as the Swiss maestro guns for his 21st Grand Slam title and ninth in Wimbledon.

Roger Federer will be aiming to win an unprecedented ninth men's Wimbledon title when he faces Novak Djokovic in the final. (Image credit: Twitter)
HIGHLIGHTS

Roger Federer admitted that it felt "strange" he and Serena Williams will compete for Wimbledon titles this weekend, 16 years after he made his Grand Slam breakthrough. The 37-year-old Swiss reached his 12th final at the All England Club with a 7-6 (7/3), 1-6, 6-3, 6-4 defeat of old rival Rafael Nadal. On Sunday, he will face world number one Novak Djokovic where he hopes to capture a ninth Wimbledon and record-extending 21st Grand Slam crown.

Federer won his first Wimbledon in 2003, beating Mark Philippoussis in the final. That same weekend, Serena was beating sister Venus for the second successive year in the women's final. On Saturday, Serena faces Simona Halep for an eighth Wimbledon title and record-equalling 24th major.

"Yeah, it's definitely a bit unusual, a bit strange," said Federer who will be the third oldest man to play in a Slam final on Sunday. "I hope it's going to happen again for somebody, to have such a big span between the first final. It's definitely special I think for both of us. Serena was even earlier on tour than me because she made the breakthrough earlier. It's amazing what she's been able to do. For me, it's not something I ever expected. Winning that '03 title was something so surreal that it's nice to be back in another final. Means really a lot to me."

Federer's win over Nadal on Friday came in the pair's 40th career meeting and 11 years after the Spaniard triumphed in a mesmeric, epic final. The Swiss needed five match points to secure the victory, his 16th of their 15-year rivalry. "It lived up to the hype, especially from coming out of the gates, we were both playing very well. Then the climax at the end with the crazy last game, some tough rallies there. It had everything in the end, which was great. I'm just relieved it's all over at this point. But it's definitely going to go down as one of my favourite matches to look back at because it's Rafa, it's at Wimbledon."

Djokovic leads Federer 25-22 in career meetings with the Serb holding a 2-1 edge in Wimbledon clashes. Federer won their first duel in the 2012 semi-finals but Djokovic triumphed in the 2014 and 2015 championship matches.  Overall, Djokovic holds a 9-6 edge in the Slams.

However, Federer said he won't be over-awed by the challenge as he chases a 21st major and Djokovic targets a 16th. "Age kicks in. I know it's not over yet. There's no point to start partying tonight or get too emotional, too happy about it, even though I am extremely happy," said Federer.

"I think I can with experience really separate the two. If it was the end of the tournament, it would be very different right now. I'd be speaking very different, feeling very different. There is, fortunately, one more. It's great on many levels. But got to put my head down and stay focused." 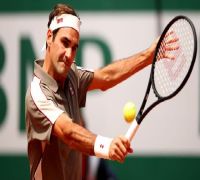 'Not easy to dominate' - Federer feels for younger generation 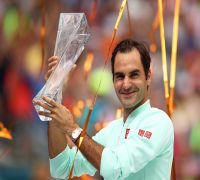