Angelo Mathews Bowled His Full Quota Of Overs For The First Time Since 2015 As Sri Lanka Overcame The Injuries To Two Of Their Bowlers To Beat The West Indies By Six Runs And Sweep The Three-match ODI Series 3-0.

Angelo Mathews won the Man of the Match award for his haul of 4/59 as Sri Lanka whitewashed the West Indies 3-0 with a six-run win in Pallekele. (Photo Credit: Getty Images)

Sri Lanka had suffered two injuries to their frontline bowlers in Nuwan Pradeep and Dhananjaya de Silva. West Indies were making good progress in the third and final ODI at Pallekele and looked good to win their first game in Sri Lanka after 15 years. Dimuth Karunaratne called upon Angelo Mathews, the veteran, to fill the void. Mathews proceeded to deliver a performance from the ages. Having been plagued by hamstring injuries, Mathews had not bowled his full quota of 10 overs since 2015. In the 2019 ICC Cricket World Cup, he bowled just one over and got the big wicket of Nicholas Pooran in Durham. In Pallekele, Mathews changed the entire course of the match by taking 4/59 from 10 overs as Sri Lanka won by six runs and swept the West Indies 3-0 in the ODI series on Sunday.

Chasing 308 for a consolation win, West Indies started caonfidently with both Sunil Ambris and Shai Hope batting aggressively after a cautious start. Hope broke the shackles with two fours off Thisara Perera and Ambris, who had started slowly, joined in the fun with a six off Isuru Udana. Hope and Ambris' opening stand kept West Indies on course and Ambris notched up his fifty with two fours off Lakshan Sandakan. Hope also reached his fifty but Wanindu Hasaranga broke the dangerous stand by getting rid of Ambris for 60 off 60 balls. Hope held firm and he was joined by Nicholas Pooran who got going with two boundaries off Lakshan Sandakan.

Hasaranga and Dhananjaya de Silva kept things tight as Sri Lanka looked to stage a fightback but Pooran kept the scoreboard ticking with a six off Hasaranga. West Indies suffered a jolt when Shai Hope was dismissed by a slow ball from Isuru Udana for 72. However, trouble mounted for Sri Lanka when Nuwan Pradeep clutched his knee in his fifth over and he walked off the field. That set the stage for Mathews, who had bowled five overs in his first spell and conceded 22 runs.

Pooran notched up his fifty and Kieron Pollard got going with two fours. With West Indies needing 90 off 64 balls and with seven wickets in hand, the game was evenly poised. But Mathews had other ideas. He dismissed Pooran but Pollard kept the Windies in the game with a six and a four off Udana. Darren Bravo was run-out but Mathews jolted West Indies with the wicket of Pollard for 49. Fabian Allen hit a six and a four off Udana while Mathews dismissed Jason Holder. 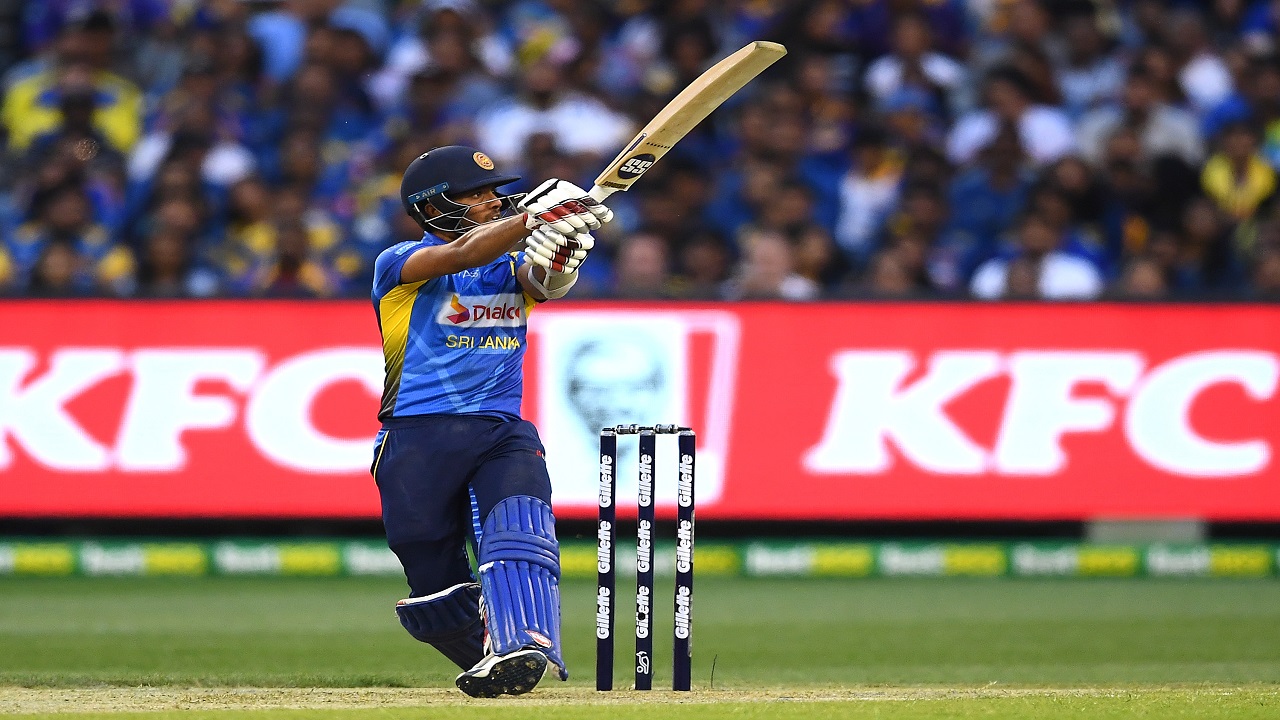 Allen hit another six of Mathews and Thisara but two run-outs mounted the pressure. Allen hit a boundary and the equation boiled down to nine runs off five balls but Mathews got the big wicket when Allen holed out to deep midwicket for 37 off 15 balls. Mathews conceded just two runs off four balls as West Indies lost their eighth consecutive ODI in Sri Lanka. Sri Lanka's total of 307 owed much to fifties from Kusal Mendis and Dhananjaya de Silva.

Sri Lanka chose to bat and Avishka Fernando smashed four boundaries off Sheldon Cottrell in two overs. Dimuth Karunaratne was also in good form as the partnership went past fifty. Alzarri Joseph, though, broke the stand by getting the wicket of Avishka for 29. Most of Sri Lanka's batsmen got starts but failed to convert it into a big score. Karunaratne missed out on a chance to reach fifty when Roston Chase got his wicket caught and bowled for 44. Kusal Perera looked good while Kusal Mendis hit a six off Chase to signal his intentions. Mendis hit two boundaries off Holder and he notched up his fifty with two more fours off Joseph.

However, Pollard and Joseph sent both the Kusal's back and Sri Lanka stuttered. Mathews was sent back cheaply by Cottrell but de Silva and Thisara smashed some valuable runs in the death overs. Both batsmen found the boundary consistently and de Silva notched up his fifty with a four off Holder.

Hasaranga hit a six and a four in the final over bowled by Holder which helped Sri Lanka cross 300 and those two hits proved to be vital in the context of the game. After the match, Karunaratne acknowledged Mathews' experience had helped Sri Lanka pull off the win. "Angelo put his hand up in the absence of Pradeep. He used his experience which is what I was expecting. Have to keep the team work going like we've done this series. This kind of matches give confidence. Beating West Indies 3-0 is not easy," Karunaratne said.