Agar suffered a laceration to the bridge of his nose in Western Australia’s Marsh One-Day Cup clash against South Australia after dropping a catch hit by his own brother Wes at Karen Rolton Oval. 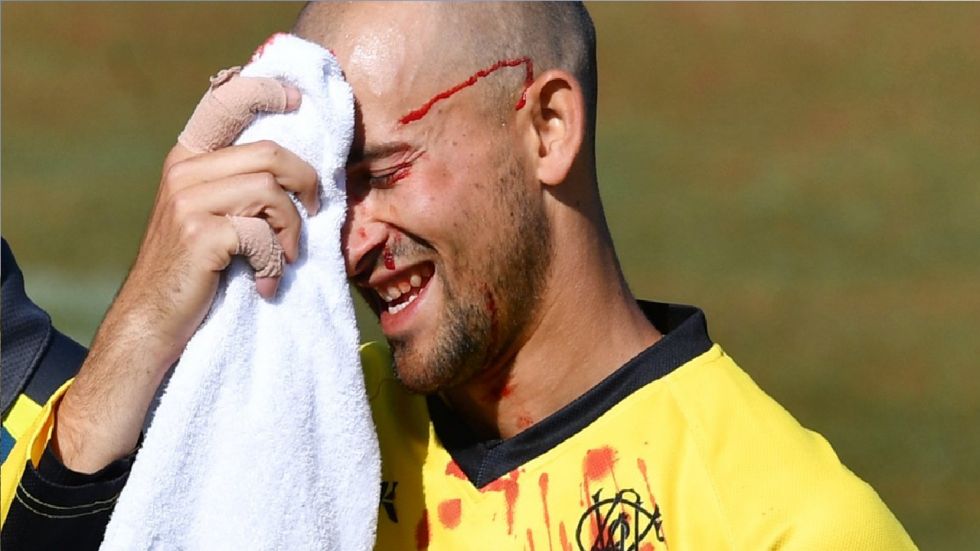 Australian left-arm spinner Ashton Agar sustained a nasty blow on his nose after dropping his own brother in Western Australia’s Marsh One-Day Cup clash at Karen Rolton Oval, Adelaide. The horrid knock left Agar bloodied and dazed after which medical assistance was called. He suffered a laceration to the bridge of his nose.

Agar, who is considered among the better fielders of Australia, ran around to attempt a straightforward catch at mid-on but slipped and the ball hit him between his eyes. The blow was so gruesome that blood spilled all over his face.

The force of the blow had knocked his hat and sunglasses of his head but after receiving some treatment on the field, Agar was able to leave the field holding a rag to his head. His brother Wes admitted the incident shook him but was relieved after speaking to his brother post-match.

"He slipped over and the ball hit his glasses and the glasses split him open. The doctor wanted to stitch him up, but he just got engaged so he said he’ll leave it to a plastic surgeon," the younger Agar was quoted as saying by cricket.com.au.

"I was pretty rattled. It looked really bad. I was just worrying about his health. I wasn’t thinking about anything else, I just ran out of my crease to go see him. I didn’t feel great, but thankfully he’s okay." Agar did not play any further part in the match, which Western Australia won by six runs. He has played four Tests and nine ODIs between 2013 and 2018.