David Warner Won The Allan Border Medal For The Third Time And He Joined An Elite List Of Players To Have Won Australia's Highest Cricketing Award More Than Two Times.

David Warner smashed a triple century against Pakistan and survived the horrors of the Ashes as he won the Allan Border medal for the third time. (Photo Credit: Getty Images)

David Warner was handed a one-year ban following the ball-tampering scandal in the Newlands Test against South Africa in 2018. Warner, along with Steve Smith and Cameron Bancroft, all received bans and their reintegration into the Australian cricketing fold was hard and tumultous. David Warner played a solid part in Australia's 2019 World Cup campaign as they lost in the semi-final to England. He failed in the 2019 Ashes where he managed just 95 runs and was dismissed by Stuart Broad seven times. However, in the home series, Warner was in fine form in the Twenty20s against Pakistan and Sri Lanka while he smashed 335 in the Adelaide Test.

David Warner continued his great run in the ODIs against India with a century in Mumbai and his exploits in the home summer resulted in him winning the Allan Border medal for the third time. Warner won the Allan Border Medal with 194 votes, going past former test captain Smith who received 193 votes and pace bowler Pat Cummins who came third with 185. Warner had previously won the coveted individual prize in 2016 and 2017 and has now joined a select list of multiple winners of the Allan Border Medal, which includes Ricky Ponting, Michael Clarke, Shane Watson and Smith. While accepting the Allan Border medal, Warner became emotional and had to fight back tears.

"To go back there and be able to be reintegrated into grassroots, go back to grade cricket, put a smile on people's faces that way it really helped me get to where I am today. Without that, getting cricket taken away from you something I've always dreamt of it really, really hurt," Warner said. 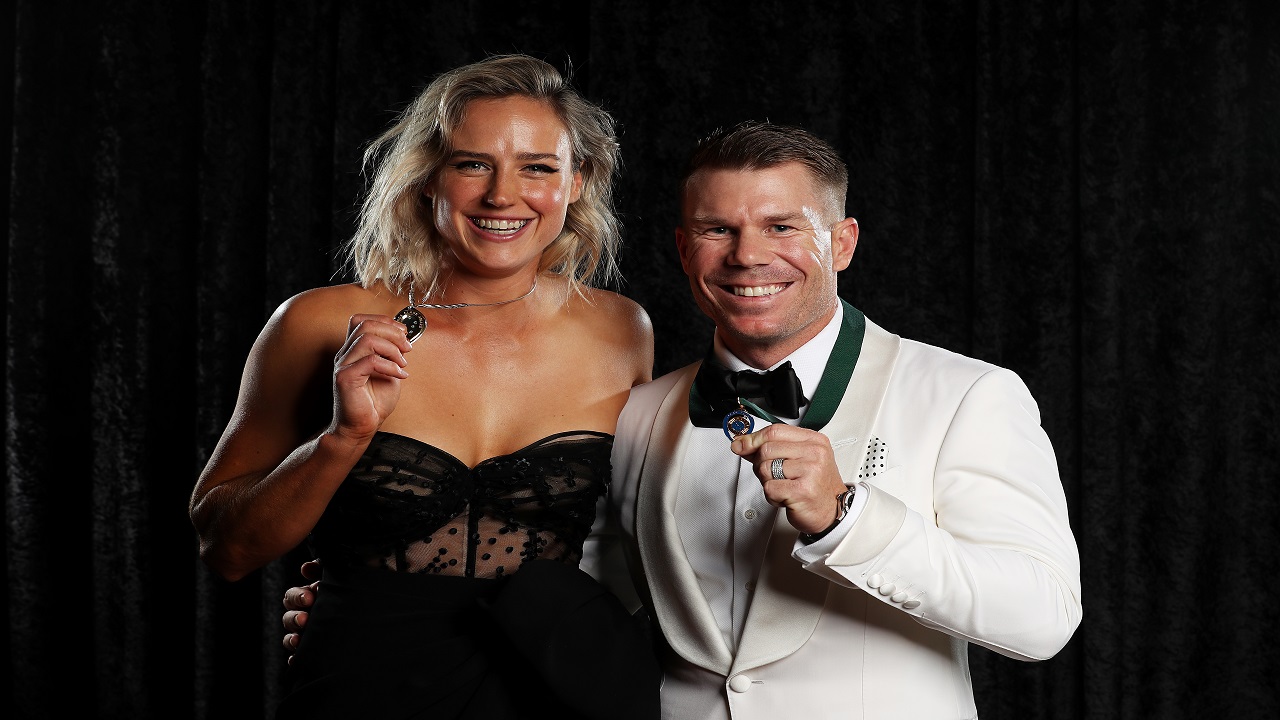 The left-hander thanked his club Randwick-Petersham for the opportunities given to him while he also credited his daughters and wife for taking him through tough times. "I want to really thank my home club team at Randwick-Petersham for giving me that opportunity to go out there and play grade cricket. I realised a lot of things during that time off that we don’t actually understand or realise when we’re in this bubble, the importance of what this game is and the smiles on the faces that we bring to a lot of people. Having three daughters at home, looking up to guys like 'Smithy', 'Cummo' playing cricket in the backyard they're yelling out Virat Kohli's name — but these are the smiles on kids faces that we put on. My wife as I said before, (is) my rock. You’re absolutely amazing. I don't know what can ever break you. You're absolutely fantastic. You’re an inspiration, not just to me but to the girls," Warner said.

Considering his stunning return to the game following a year's suspension because of the 2018 Cape Town ball-tampering scandal, an emotional Warner held back tears during his acceptance speech. "I couldn't be any prouder to stand here and receive the award ... (and) to see the rest of the other guys doing so well," Warner said, according to Cricket Australia. "I really had a hunger and determination to come back and really put my foot forward ... so to have a summer like that really put a smile on my face."

Also Read | And Australian Cricketer Of The Year Award Goes To… No, It’s Not Steve Smith