England still have the belief to win Leeds Test vs Australia: Joe Denly

Joe Denly, who scored a fifty and shared a vital partnership with Joe Root, has said England still have the belief to win after they were bowled out for 67 in the first innings.

England's Ashes hopes hang by a thread after being bowled out for 67 in the first innings with Josh Hazlewood taking 5/30. In response, Australia were boosted by Marnus Labuschagne's third consecutive fifty as they set England a target of 359 for a win. In response, Joe Root and Joe Denly smashed fifties and shared a 126-run stand to give England some hope as they look to come back level in the series. Speaking after the end of the day, Denly believed England have the belief after they were not in a good position in the first innings.

"I still think we're in very good position. It's never ideal when you get bowled out for 67, it wasn't good enough and we had to show a bit of fight and a bit of character in the second innings. It was never about a draw or losing, but all about winning -- that belief has to be there. We understand there is a tricky period in the morning with the new ball coming up," Denly said.

Root overcame a rough patch to score his 43rd fifty and 11th against Australia and Denly said the England skipper and Ben Stokes held the key in their chase of 359, which would be the highest for England in Ashes contests here.

"But we have Rooty and Stokesy. Any time Joe Root is scoring runs it puts belief in the side. We feed off that," Denly said.

England are currently trailing the series 0-1 after losing the first Test in Edgbaston by 251 runs. A win for Australia in Leeds would result in them retaining the Urn on England shores for the first time since 2001. In that series, Australia won 4-1 under Steve Waugh and Tim Paine would be hoping that his side replicates that effort as they aim to take seven wickets on day 4 of the Ashes Test. 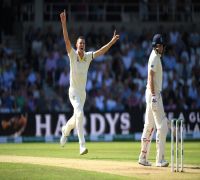 England bowled out for 67, achieve this HORROR Ashes feat since 1948 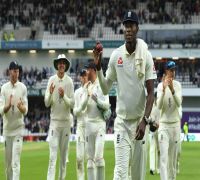 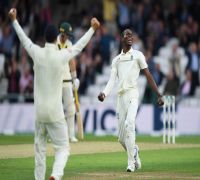