Hardik Pandya Might Return To The ODI Side For The Series Against New Zealand Unless He Is Fit While KL Rahul's Purple Patch Could See Him Being Included For The Two Tests In February.

KL Rahul could return to the Test squad for the two matches against New Zealand. (Photo Credit: Getty Images)

When the squads for the tour to New Zealand was being announced, it was a big surprise that only the Twenty20 International squad was announced. The side saw the omission of Hardik Pandya as there was tremendous confusion regarding the status of his fitness. The Indian team management is eagerly waiting for Hardik to become "bowling fit" for white ball matches post back surgery and will be automatic choice for ODIs if fit. He had failed the mandatory "bowling workload test" after which his personal trainer S Rajnikanth advised him to pull out of India A's shadow tour. The confusion has resulted the announcement of the ODI and Test squads this Sunday during the third and deciding ODI against Australia at the M Chinnaswamy stadium in Bengaluru.

However, according to sources, there will be some changes in the Test and ODI squad looking at the current form of the players. The selectors could also be keeping a close eye on the performances of the India A players who are currently in New Zealand. In the first game between India A and New Zealand XI in Lincoln, Ruturaj Gaekwad smashed 93 and Suryakumar Yadav hit 50 along with skipper Shubman Gill. Khaleel Ahmed took four wickets as India A won the clash by 92 runs.

If Hardik is declared unfit, then Suryakumar Yadav can make it into the team as he too has been in great form. Suryakumar smashed 94* and 80 in the Syed Mushtaq Ali Trophy clashes against Karnataka and Punjab while in the Ranji Trophy, he smashed 102* against Baroda and hit 65 and 77 against Railways and Karnataka respectively. Suryakumar could be a good addition in case Hardik fails his fitness trip and is ruled out of the New Zealand series.

The performances of Rahul in the home season has been fantastic and he could be a fit-in for all three formats on the New Zealand tour. With his ability to keep wickets, Rahul could be included in the Tests for the first time after the Australia tour in which he struggled in the Adelaide and Perth Tests. After the end of the Perth Test, he was dropped from the Test squad and has not played one since then. Saini, who has impressed everyone with his pace and accuracy, could also be a notable addition to the Test squad. 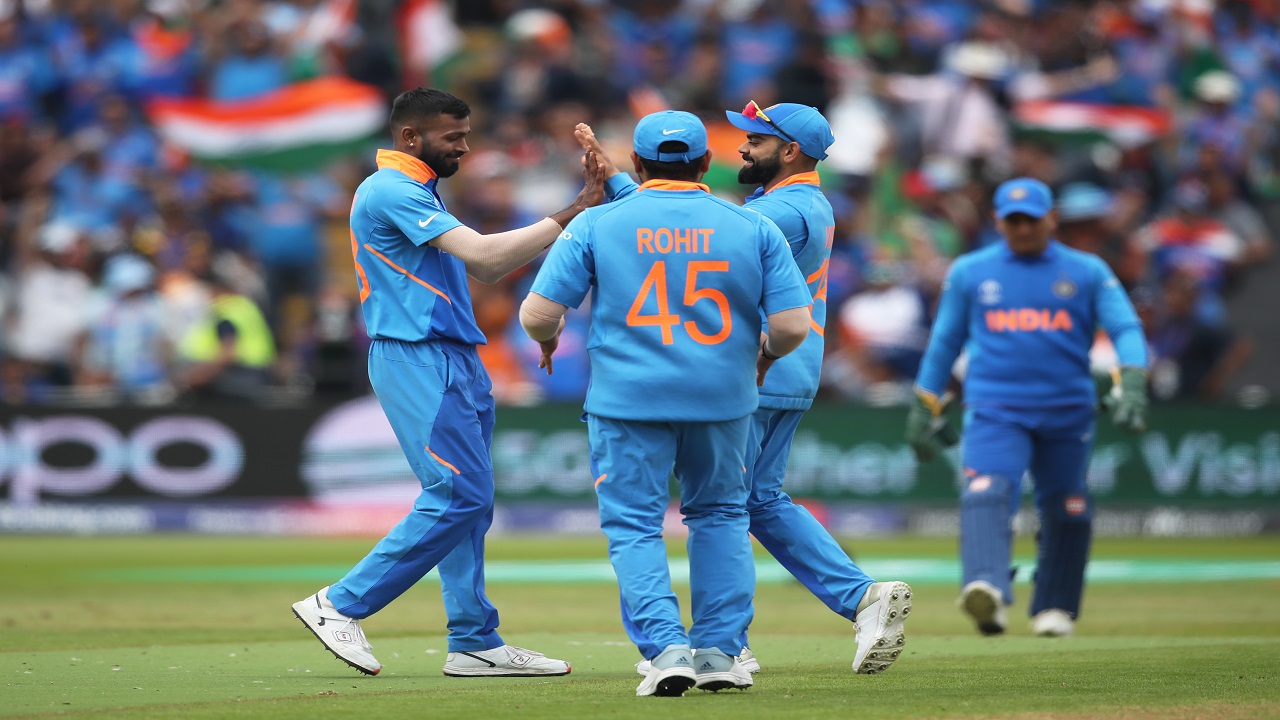 The Delhi speedster had trained in the nets during the series against West Indies as part of bowling coach Bharat Arun's program to make him ready in case of any emergency. Thus, Saini going as an extra pacer rather than Kuldeep Yadav as the third spinner since only one among Ravichandran Ashwin or Ravindra Jadeja will make the playing XI.

Also Read | Hardik Pandya Undergoes Back Surgery, To Be Out Of Action For Five Months

There is also a possibility that Ajinkya Rahane will be considered due to his better technique compared to Kedar Jadhav who is slowly falling off in pecking order. "Kedar is certainly not going to play 2023 World Cup and doesn't even bowl now. Since he is not in T20, no point in carrying him to New Zealand. Possibly Surya or Rahane should be tried," a BCCI source privy to selection matters told PTI.